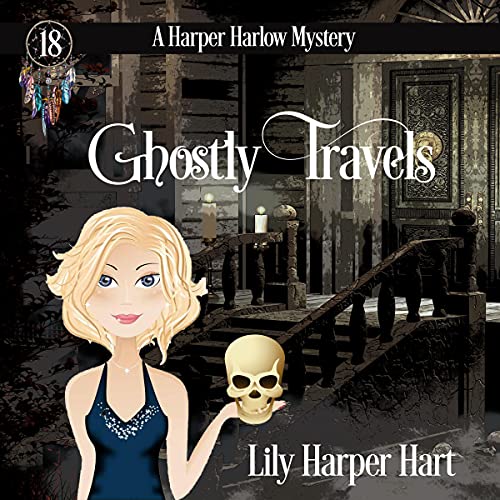 Harper Harlow-Monroe thought getting to her wedding would be the hard part. She was wrong. Getting through her honeymoon is going to be a whole lot worse.

Jared Monroe decided to surprise his new wife with a honeymoon in Salem, Massachusetts. The goal was to have fun, bask in the sun, and eat some good seafood while shutting out the rest of the world. The fact that there’s a ghost hunting conference happening at the same time is just added icing on the cupcake of life.

Then the unthinkable happens, and Harper’s best friend Zander Pritchett magically shows up for the conference...and decides to hijack their honeymoon.

Jared might be able to put up with Zander, but when a missing girl and several ghosts rile up the atmosphere, things threaten to spiral out of control.

Harper is who she is. When she finds out several teenagers have gone missing over the course of a month, she can’t stop herself from digging hard. What she finds is a strange nexus of ghosts who don’t act like she expects...and a story that might haunt her for the rest of her life.

Harper is determined to make this a honeymoon to remember despite Zander and the ghosts working against her. She’s going to have to survive for that to happen...and nothing is a given.

Salem is a city with a long history. Hopefully, it won’t be the end for Harper and Jared.

What listeners say about Ghostly Travels

I just love Xander hahahaha. I’d kill him if I were Jared but he’s hilarious. Sean is a saint. This book makes you want to go to Salem. Looking forward to Xander and Seans wedding!!!

I want to re-listen!

Book 18. This series is comedy, love, friendship. It is so soothing to listen to. I have the whole set. 💜🥰💙