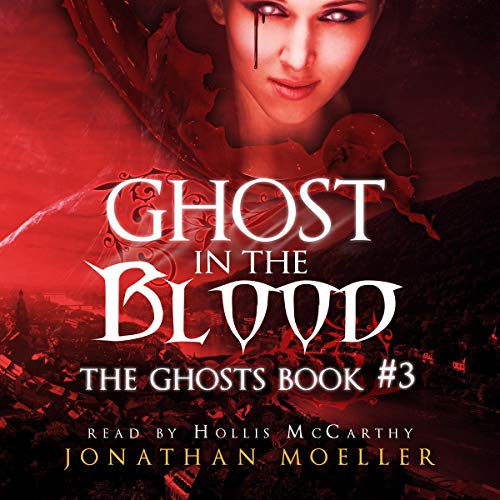 Ghost in the Blood

Ghost in the Blood

Caina is a ghost nightfighter, one of the emperor’s elite spies and assassins, and few enemies of the empire ever escape her cunning.

Yet all Caina’s wit and skill might not be enough to save her from a terrible fate.

Sent to hunt down a cruel slave trader, Caina encounters something far darker. An ancient evil, a thing of legend and terror.

A creature that wants to corrupt her, heart and soul....

Continuing to be Entertaining

So many times I start reading a series and as you get into the second and third books, they become a disappointment. Many authors have the talent, come up with an idea, and put all their efforts into releasing book 1 but the quality drops off in the follow up releases. It's as if they had no plans or thoughts on the rest of the series, and expected to ride the success of book 1.

The Ghosts series doesn't fall into that trap. In fact, these are getting better as you move through them - there's new bad guys, new locations, new friends, new twists, new politics, new magic, and new surprises. And it's all focused on a great main character the reader cares for. There's also enough subtle mysteries that are left over, but not enough to be a cliffhanger. And the narrator continues to do an excellent job in voicing all the characters. Well done!

Caina is bold and strong and an amazing female heroine!! I was worried for Caina in this one, her impulsiveness I feared was going to cause her many issues. She is getting better at not letting magic impact her as much but she needs a couple more enchanted items to protect her. Oh and by the way I would really like one of those cloaks :)

Jonathan Moeller is an excellence author. And narrator Hollis McCarthy is beyond compare.
I enjoy listening to her very much!