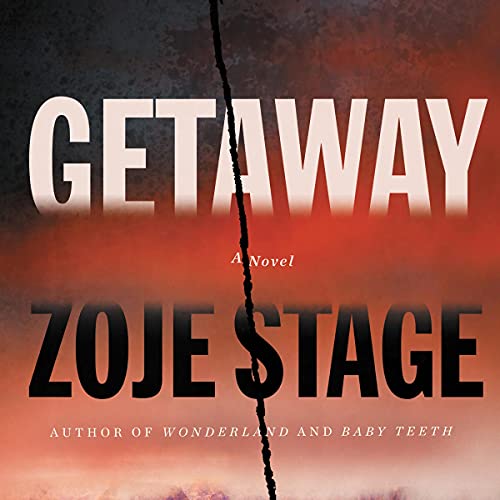 By: Zoje Stage
Narrated by: Brittany Pressley
Try for £0.00

In this terrifying novel from the best-selling "master of the psychological thriller" and author of Baby Teeth (Entertainment Weekly), three friends set off on a hike into the Grand Canyon - only to discover it's not so easy to leave the world behind.

It was supposed to be the perfect week away....

Imogen and Beck, two sisters who couldn't be more different, have been friends with Tilda since high school. Once inseparable, over two decades, the women have grown apart. But after Imogen survives a traumatic attack, Beck suggests they all reunite to hike deep into the Grand Canyon’s backcountry. A week away, secluded in nature...surely it’s just what they need.

But as the terrain grows tougher, tensions from their shared past bubble up. And when supplies begin to disappear, it becomes clear secrets aren’t the only thing they’re being stalked by. As friendship and survival collide with an unspeakable evil, Getaway becomes another riveting thriller from a growing master of suspense and a “literary horror writer on the rise” (BookPage).

“A terrifying thriller about female friendship...Zoje Stage is continuing her run as the master of the psychological thriller."—Entertainment Weekly

"Strap into your pack and step into this inky darkness with Zoje Stage, and know that, after the sun goes down, nothing’s safe." (Stephen Graham Jones, New York Times best-selling author of The Only Good Indians)

"Zoje Stage’s Getaway is exactly the kind of heart-in-your-throat, how-are-they-going-to-get-out-of-it thriller that I love - a rip-roaring wilderness adventure story that tests the characters’ physical abilities and moral resolve to their limits. Tense, unpredictable, and utterly compelling, Stage’s complex story of friendship and survival is a must-read. I loved this book!” (Karen Dionne, internationally best-selling author of The Marsh King’s Daughter and The Wicked Sister)

“An outstanding read. Suffice it to say that what follows is a stunning - at times sensitive, at times feral - exploration of just how deep and powerful the bonds of sisterhood and female friendship can be and how a squeaky mouse can become a roaring lion.... Recommend as women’s fiction as well as psychological suspense.” (Booklist, starred review)

What listeners say about Getaway

Another well made story from this author. Survival horror done right. Good characters ,believable and natural. Great relationships between the three Women,and more than a few twists make this a must read.

This book was very good... I found this as reccomend On the Instagram of one of my favorite authors Tarryn Fisher and I completely understand why!

Don’t waste your time. It took almost 4 hours into the story to even have any danger. This should not be in the mystery or thriller genre. It’s a snooze.

Loved this one. Kept me on the edge of my seat and awake listening all night and some early mornings! Not a whodunnit bc you know who the evil 👿 is. Excellent narration by BP!

Zoje Stage is a master. She gives you deep, nuanced portraits of characters while ratcheting up the suspense. Her range is vast — this book is nothing like her previous books in plot, but all are exciting with surprise twists. The performance is great, too. Highly recommended.