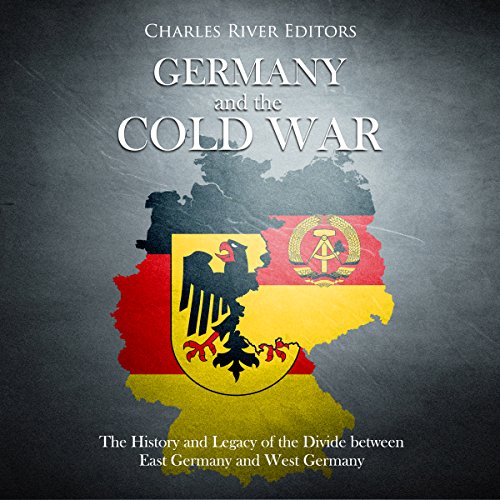 Germany and the Cold War

In the wake of World War II, the European continent was devastated, and the conflict left the Soviet Union and the United States as uncontested superpowers. This ushered in over 45 years of the Cold War, and a political alignment of Western democracies against the Communist Soviet bloc that produced conflicts pitting allies on each sides fighting, even as the American and Soviet militaries never engaged each other.

Though it never got “hot”, the Cold War was a tense era until the dissolution of the USSR, and nothing symbolized the split more than the Berlin Wall, which literally divided the city. Berlin had been a flashpoint even before World War II ended, and the city was occupied by the different Allies even as the close of the war turned them into adversaries. After the Soviets’ blockade of West Berlin was prevented by the Berlin Airlift, the Eastern Bloc and the Western powers continued to control different sections of the city, and by the 1960s, East Germany was pushing for a solution to the problem of an enclave of freedom within its borders. West Berlin was a haven for highly-educated East Germans who wanted freedom and a better life in the West, and this “brain drain” was threatening the survival of the East German economy.

The history of East Germany was a remarkable one, from its chaotic origins through its ossification as a Stalinist regime, until the country collapsed along with the Berlin Wall. Conversely, West Germany became one of the most stable and prosperous states in Europe during the Cold War. In many ways, the legacy of the split is still around today. The West Germans honestly confronted its brutal past and competently absorbed the far poorer Soviet satellite East Germany upon the reunification of Germany in 1990. This, of course, was not at all certain or obvious when the Allies beat back the Nazis at the end of the war in 1945, but far from making the same mistakes the Allied Powers made after World War I, the Allies opted to mold West Germany as a liberal, democratic state that would achieve prosperity and renounce war. With that said, Germany is still marked by the division, and in some respects, the old frontier still represents different expectations, social conditions, and worldviews.

Germany and the Cold War: The History and Legacy of the Divide Between East Germany and West Germany examines how the country was split, and how both countries marked the epicenter of the Cold War in the wake of World War II. You will learn about Germany during the Cold War like never before.

What listeners say about Germany and the Cold War

Needed: A Comprehensive History of the FRG/GDR

I searched Audible for a comprehensive history of the two Germanys from 1949 to 1990 and found just this slim volume. The formation of a democratic federal republic with a market economy in the West contrasted with an authoritarian socialist state in the East deserves a fully-fleshed out history, not a slightly expanded magazine article like this one. It's clear that "Germany and the Cold War" is cobbled together from graduate theses or stories which originally appeared in magazines. Thus, it lacks an overarching viewpoint of the struggle between the Soviet Union and the United States/Western European nations to rebuild a devastated nation while controlling against a possible resurgence of German military power. There are several books available on Audible written in German which look interesting. I hope that English translations of these books will someday be available to English-speaking readers. The story of how Germany was finally reunited after 40 years of enforced separation between hard-line communism and democracy is as important to understanding 20th Century European history as study of imperial Germany or the Nazi period. It's time we learned more about it.