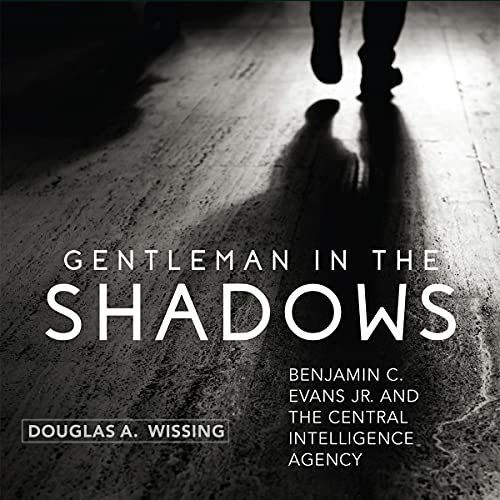 Gentleman in the Shadows

By: Douglas A. Wissing
Narrated by: Gary L. Willprecht
Try for £0.00

Gentleman in the Shadows is a book about a remarkable American living in tumultuous times. Through the depths of the Cold War, Evans helped make and execute world-shaping CIA decisions. From his early career as a clandestine officer in revolutionary Cuba to his days as a CIA executive in Washington during the harrowing Cold War missile crises and the Watergate and Family Jewels furor, Evans was a player in major events in American history.

While Gentleman in the Shadows is a book about Evans, it’s also a story about CIA families and the prices they pay for their service. Evans’ widow, Jan King Evans, is a scion of old Washington aristocracy. Her family archives and recollections shared during hundreds of hours of interviews provide a privileged view into the private life of this ever-discrete intelligence official. Interviews with other family members and close friends also reveal rich detail, such as Evans’s toddler daughter Karla dragging her beloved Fidel Castro doll through the family’s Havana villa as her father ran a string of secret anti-Castro agents.

When Evans retired in 1981, the CIA awarded him the Distinguished Intelligence Medal, one of the agency’s highest honors. Upbeat and positive even in the face of some of the CIA’s darkest days, Evans once wrote of his time with the CIA, “I’ve never had a dull day and perhaps due to some ‘character flaw’ enjoyed each one."

What listeners say about Gentleman in the Shadows