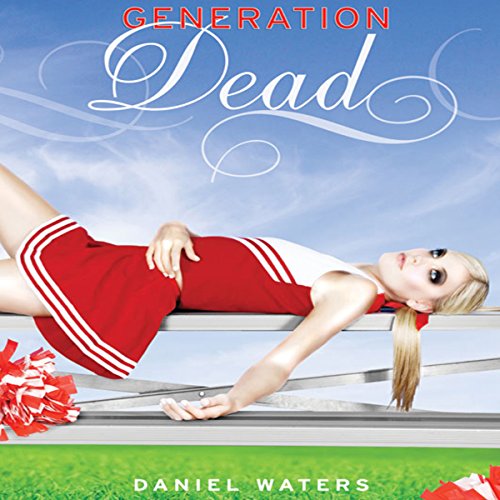 By: Daniel Waters
Narrated by: Elizabeth Evans
Try for £0.00

Phoebe is just your typical goth girl with a crush. He's strong and silent…and dead.

All over the country, a strange phenomenon is happening. Some teenagers who die aren't staying dead. They are coming back to life, but they are no longer the same - they stutter, and their reactions to everything are slower. Termed "living impaired" or "differently biotic," they are doing their best to fit into a society that doesn't want them. Fitting in is hard enough when you don't have the look or attitude, but when almost everyone else is alive and you're not, it's close to impossible. The kids at Oakvale High don't want to take classes or eat in the cafeteria next to someone who isn't breathing. And there are no laws that exist to protect the differently biotic from the people who want them to disappear - for good.

With her pale skin and Goth wardrobe, Phoebe has never run with the popular crowd. But no one can believe it when she falls for Tommy Williams, the leader of the dead kids. Not her best friend, Margi, whose fear of the differently biotic is deeply rooted in guilt over the past. And especially not her neighbor Adam, the star of the football team. Adam has just realized his feelings for Phoebe run much deeper than just friendship. He would do anything for her, but what if protecting Tommy is the one thing that would make her happy? Generation Dead is a sharp, funny, and breathtakingly original novel from an exciting new talent.

What listeners say about Generation Dead

Not Bad At All

I'm a huge fan of the Generation Dead series and was excited to be able to hear the books. While Elizabeth did do a wonderful job narrating and has an amazing speaking voice, I feel like this performance fell a little short. I feel like the voice didnt match the personalities written and some of the voice werr just hard to accept at all. Worst was the voice she did for Popeye which was almost insulting as Popeye is a gay character and the voice she chose was almost stereotypical and offensive. At the same time, you can tell that wasnt the intention and so it was just an umcomfortable experience.

I really enjoyed this book! I'm looking forward to reading Kiss Of Life! loved it