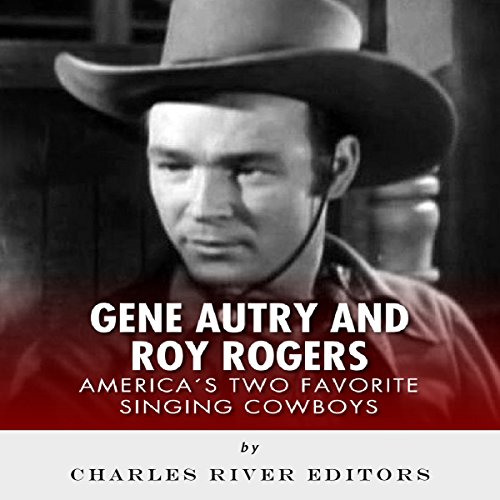 "Music has been the better part of my career. Movies are wonderful fun and they give you a famous face. But how the words and melody are joined, how they come together out of air and enter the mind, this is art. Songs are forever." (Gene Autry)

"I did pretty good for a guy who never finished high school and used to yodel at square dances." (Roy Rogers)

In the early 20th century, Westerns were one of the most popular genres in Hollywood. One of the young stars at the forefront was Gene Autry, a Texan whose life story made him a natural to be the country's most famous "singing cowboy". Autry would become a symbol of masculinity and morality on screen during the 1930s, but it was effortless for someone who had already grown up riding horses to school.

Autry came of age at a time when the "singing cowboy" was at the apex of his popularity, and like his most famous successor, Roy Rogers, Autry actually got his start in show business as a singer. Even today, Autry might be best known for being a pioneer of country music and the author of Christmas hits "Here Comes Santa Claus", "Frosty the Snowman", and "Rudolph the Red-Nosed Reindeer". Autry would produce hundreds of recordings during his life, helping ensure the popularity of the country music genre and earning inductions into several related halls of fame.

Of course, the popularity of Autry's music and country music in general was bolstered by the fact that he became one of the biggest stars in Hollywood. After he was discovered in 1934, Autry made dozens of films and was still one of the industry's biggest moneymakers when he went off to fight in World War II.

What listeners say about Gene Autry and Roy Rogers

WAY TOO SHORT IS ALL.

I loved these old re-runs of stories of the old west, singing songs and pretty woman and to read about there lives was a real pleasure to me. The only issue was that each man gets about an hour of time and I bet several hours could have easily been filled up. Roy was the best because of all he had to over-come in life and still was a really good man and fine Christian example as both of these men seemed to be. I loved the book, but wished it was way longer.