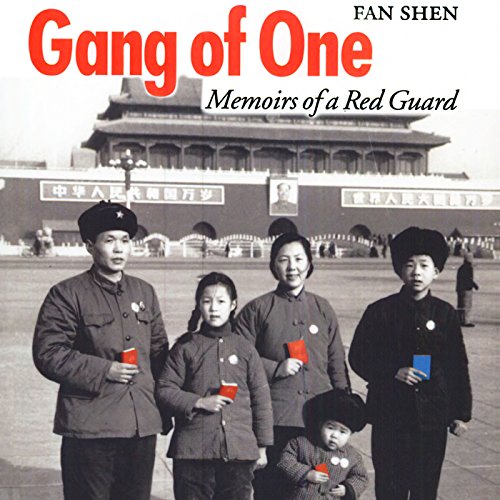 In 1966 12-year-old Fan Shen, a newly minted Red Guard, plunged happily into China's Cultural Revolution. Disillusionment soon followed, then turned to disgust and fear when Shen discovered that his compatriots had tortured and murdered a doctor whose house he'd helped raid and whose beautiful daughter he secretly adored. A story of coming of age in the midst of monumental historical upheaval, Shen's Gang of One is more than a memoir of one young man's harrowing experience during a time of terror. It is also, in spite of circumstances of remarkable grimness and injustice, an unlikely picaresque tale of adventure full of courage, cunning, wit, tenacity, resourcefulness, and sheer luck - the story of how Shen managed to scheme his way through a hugely oppressive system and emerge triumphant.

Gang of One recounts how Shen escaped, again and again, from his appointed fate. His secret self-education took him from the factory to college, where friendship with an American teacher earned him the wrath of the secret police. Following a path strewn with perils and pitfalls, twists and surprises worthy of Dickens, Shen's story is ultimately an exuberant human comedy unlike any other.

"Anyone wishing to be the architect of his or her own fortune would do well to study this amazing memoir, a testament to the human spirit." ( ForeWord)
"A compulsively readable memoir....Shen's wry, anecdotal storytelling style spurs one on, as does the desire to see him through to his eventual triumph." ( Booklist)
"A book of stunning power...a high literary achievement, documenting an even greater achievement...the life of this awe-inspiring man, Fan Shen." ( National Review)