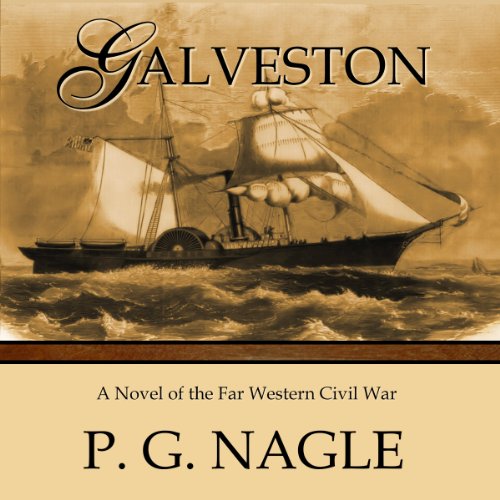 The Battle for Galveston 1862. The island city of Galveston, a vital port where blockade runners bring key supplies into the Confederacy from abroad, is suddenly occupied by the Union, blockaded by navy vessels, cut off from the Texas mainland by the enemy. Jamie Russell, an artillery officer in the Valverde Battery and veteran of battles in New Mexico, has a personal stake in the safety of the city - his sister Emma and their Aunt May are trapped there. But Jamie also has the ear of General Magruder in Houston.

If the Confederate army can retake the harbor, it will be a powerful victory for the South, and will enable Jamie's family to flee to safer quarters. If, on the other hand, the New Year dawns with the Yankees still holding Galveston and reinforcements on the way, it may be too late for Jamie's kin and for the hopes of the Confederacy's blockade runners. Jamie and his allies have but one chance, a daring attack on the Union ships. If it works, they are heroes. If they fail, all Texas may be open to invasion by the Yankees.

What listeners say about Galveston