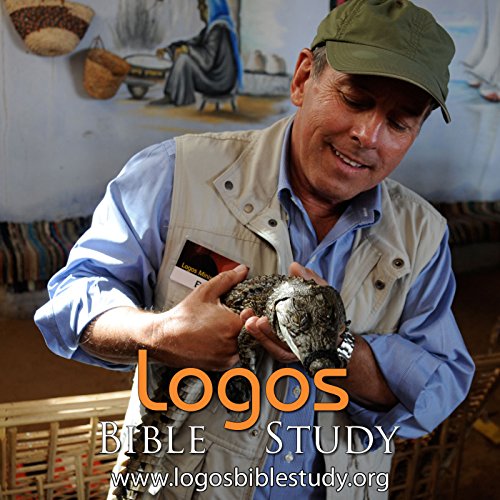 Dr. Bill Creasy enlightens the audience with his thorough study of the Bible's Galatians. When Paul becomes ill, Timothy and Silas take him to Galatia, just north of the mountains, to seek medical care. This accidental trip leads Paul to fund several churches in this territory. But once Paul leaves, Galatians preach a different gospel, emphasizing human law over God's grace. Paul is dismayed by this; he writes to the Galatians and asserts the importance of following Jesus Christ's words. Creasy analyzes the passage in a way that is conversational and appealing.

Paul never planned to go into Galatian territory, but midway into his second missionary journey, he becomes ill in Pisidian Antioch and his companions, Timothy and Silas, take him north over the mountains to Galatia for medical care. While there, Paul forms several churches. Once Paul arrives in Corinth toward the end of A.D. 50, he writes a letter to the churches in Galatia, expressing great concern about them. Paul’s gospel message is quite simple: we are saved by grace through faith in the person and work of Jesus Christ. Apparently, however, other teachers had followed Paul and were teaching a “gospel” that relied on obedience to the Law, not on God’s grace. In Galatians, Paul sets the churches straight. Logos Bible Study’s Dr. Bill Creasy examines Paul’s epistle and the rhetorical strategies he uses to drive home his points.

What listeners say about Galatians

As usual, nuance and detail reveal the richness of the word. Held my interest throughout.

Good. But.... these very short books of

Interesting Detail and Background to Galatians

Dr. Creasy provides interesting details and background to Galatians. He really helps to understand the Bible.

a story very very well told. it brings out how hard it must have been in those days to communicate to one another.

This expository teaching of Gloves Galatians is truly necessary to really understanding what is being said to the churches in Galatia and ultimately to each and everyone living today. Also, a lot of background and tifbits help to understand other books, passages, and messages. Highly recommend!

a great listen! All of Bill's books are wonderful to listen to. Love hearing the word :)

Always have such an insight from Dr Creasy.

Dr Creasy's lectures always give me an insight I would never be able to obtain on my own.
I have been listening to his audible lectures for several years now and am developing an understanding of Scripture that is priceless to me.

This is another great lecture series from Dr. Bill Creasy. He is always incredibly insightful and engaging. He often supplements the material with personal stories which are relevant and interesting. He has taken several trips to Israel and the Middle East where he visits the locations depicted in the Bible and he shares those first hand accounts which enables him to take you back to that point in time that the scripture is talking about.