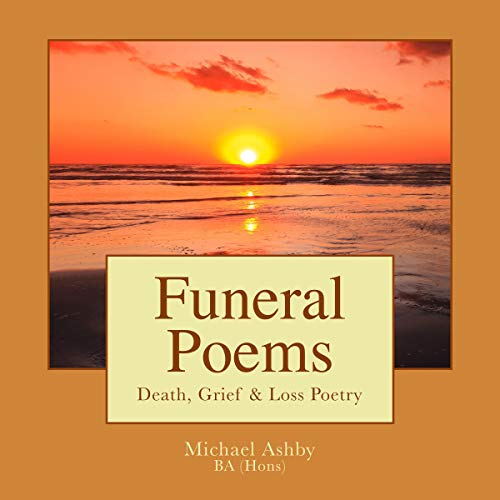 One hundred thirty-seven "Celebration of Life" poems; Shakespeare, Tennyson, Wordsworth, Burns, Keats, Shelley, Byron, Dickinson, Browning, Rossetti, Brooke…and modern, global poems: "I Am Not Gone", “My Mum”, “Grandpa's Lost His Gr”, "Bingo", “The Golf Course in the Sky”, "A Cricketer's Last Boundary", "The Passing of A Footballer", "The Rugby Player's Last Try", "Funeralissimo", “A Long Cup of Tea”, “Rainbows on the Moon”, "Life Goes On", “I want to Be Buried with My Mobile Phone".

Selected and written by one of the world’s leading, modern funeral poets - whose poems have already touched tens of millions of lives in over 172 countries through his website and facebook pages.

Moving, global comments from these are included.