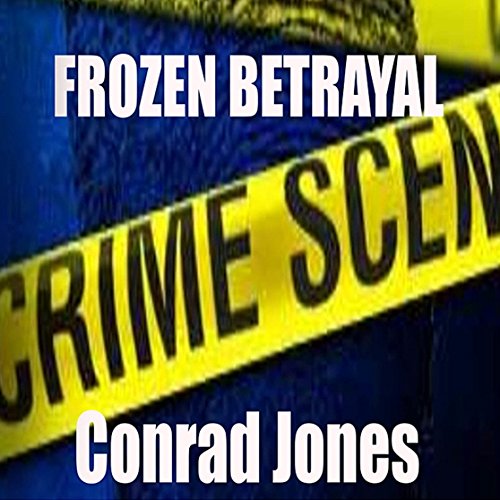 By: Conrad Jones
Narrated by: Paul Holbrook
Try for £0.00

DI Alec Ramsay is stretched to the limit as a serial killer stalks the bars of Liverpool's busy city center. Six months before, riots tore society apart when fuel supplies ran dry, and the Western world ground to a halt. The inner cities were plunged into lawlessness. As a fragile peace is restored, a young child disappears from home. Her father is critically injured at the scene along with three members of a drug gang.

Detective Superintendent Alec Ramsay leads the Major Investigation Team in the search for the missing girl. The investigation is marred by the death of two undercover Drug Squad officers in the neighboring county. Internal politics and misinformation send their search into chaos.

What listeners say about Frozen Betrayal

Love to read the Alec Ramsey series on Kindle and thought I would give audible a go for a change. Wish I hadn't. The narration is awful. I became focused on Pauls pronounciation of 'vehicle' which was constant. It was almost like a computer speaking veh-hicle ! Also the female voice is terrible and very annoying. She did nothing for the characters she spoke for and sounded like a high pitched child. All this took away from the storyline so constantly lost my concentration

What would have made Frozen Betrayal better?

Would you recommend Frozen Betrayal to your friends? Why or why not?

No, because I still have no idea what the book is about, I gave up at 2 hours as I cannot concentrate on the storyline due to the ludicrous american accents and the mispronunciation of various northern slang words made the whole thing indecipherable.

Who might you have cast as narrator instead of Paul Holbrook?

Anyone with a English accent, preferably a northern accent, from somewhere in the region of Liverpool to lend some authenticity to the narration.

What character would you cut from Frozen Betrayal?

The Child taker and Criminally Insane are fantastic novels, I had hoped to enjoy the rest of series and feel sorely disappointed by this narrator.