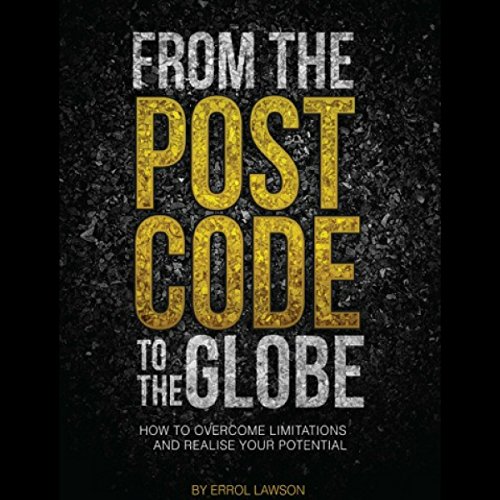 From the Postcode to the Globe

How to Overcome Limitations and Realise Your Potential
By: Errol Lawson
Narrated by: Errol Lawson
Length: 3 hrs and 21 mins
Categories: Health & Personal Development, General
5 out of 5 stars 5.0 (1 rating)

From the Postcode to the Globe

In this book, entitled From the Postcode to the Globe, Errol shares his inspiring story and the lessons he learned on his journey from being an inner city gang member to becoming a minister, an international speaker, and a leadership coach. From the age of 13, Errol found himself involved in drugs and street gangs. A young man who had so much promise found himself struggling through life, largely due to the fact that his parents divorced when he was 11 years old and his father, with whom he was close, spent most of Errol's teenage years in prison. Errol's life is a testimony to the power of God's grace: he is now a pastor in a large inner city church, an international leadership coach, a speaker, and an author. Errol's story will take you on an emotional journey causing you to look within yourself, and ultimately leaving you with an innate sense of hope.

This is a book that can change lives. I would recommend trying it. Anyone can be inspired by this author.