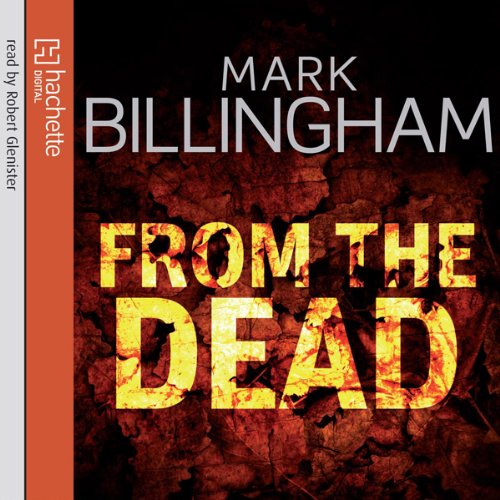 When Donna Langford receives a very recent photo of her ex-husband in the post, she gets the shock of her life - because she’s just spent ten years in prison for organising his murder.

When her daughter goes missing, Donna believes there can only be one man responsible and hires Anna Carpenter, a determined young private investigator, to find him.

DI Tom Thorne worked on the Alan Langford case, so when Carpenter brings the photo to him, he refuses to believe that the man whose body was found in a burned-out car 10 years before can still be alive.

But when a prison inmate that he and Anna interview is viciously murdered, Thorne starts to understand that Langford is not only alive, but ready to get rid of anyone who could threaten his comfortable new life in Spain.

Disappointing! Is Mark Billingham no longer hungry for Success?
I appreciate this is an abridged recording, but even allowing for that the story was very weak. I would have preferred an unabridged copy, but no one including Mark Billingham could tell me when this would be available.
I was really pleased to find Robert Glenister reading the book, as I?ve become used to his excellent narration, especially with Mark?s earlier works, but this really was the best thing about the book.
The story was very thin and the plot was transparent. Sorry Mark but this is not up to your normal standard and makes me wonder if the new TV series has caused you to take your eye off the ball, or are you just getting a bit lazy after tasting success? I?m not convinced the Spanish theme was much more than an excuse for a research holiday either. Come on lets see some more of what made you and Tom Thorne so successful.

I have listened to all of Mark Billingham's audiobooks and thoroughly enjoyed every one (with the exception of the one narrated by Trigger from Fools and Horses)
This latest instalment was drab, dreary and self-indulgent. It felt as though Mark had obligations to fulfil with his publisher and churned any old rubbish out to keep the wolves at bay. This is truly Sunday night?s homework that is due in to be marked on Monday morning. I only wish Mark?s dog had eaten this drivel.
Not even Robert Glennister's usually excellent narration could save this, the sense of drama and urgency in his voice was at odds with the lumbering storyline.
I have been looking forward to this book for a long time but now wish it had been released a year later. Maybe then it would have been a story worth telling.

Where did the real Billingham Go?

Where did the real Billingham Go?

Great reader, but the story was a real let down. I should have read the earlier reviews before listening to this.
Not the same calibre as his earlier books like, ?Sleepy Head? or ?The Burning Girl?.