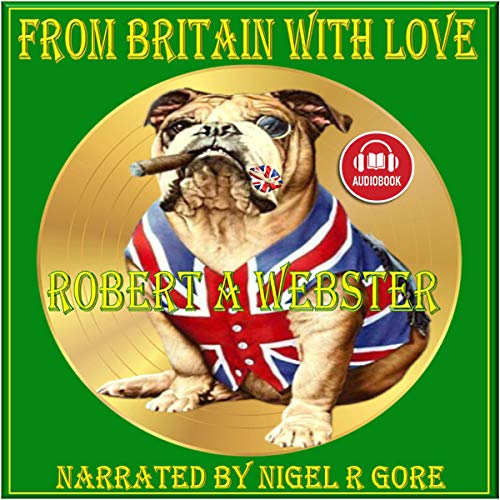 From Britain with Love

Fossdyke Retirement Home has seen its fair share of quirky characters, but it’s never seen the likes of these four geriatric rockers! To outsiders, they are sweet, funny, if not a tad bit ornery. To those in the know, they are meddlesome, rebellious, and way over their heads. When chaos erupts, they’re not far behind.

What begin as ordinary days, where others their age would spend their time chatting up a friend or family member, these four spend their days and nights making music, performing for their legion of fans, globetrotting to exciting destinations, and of course, getting mixed up in perilous situations. Between outrunning the press and persistent record companies, coming face-to-face with ISIS rebels, and the occasional death or two, it’s all they can do to keep their wits about them and escape injury.

Follow the madcap adventures of Britain’s most irreverently lovable elderly rockers as they trip, stumble, and fall into one situation after another and have a few laughs along the way in From Britain with Love, a hilarious action-packed thriller!

Getting old doesn't mean you can't have fun. It just means you know how to get away with it!

What listeners say about From Britain with Love