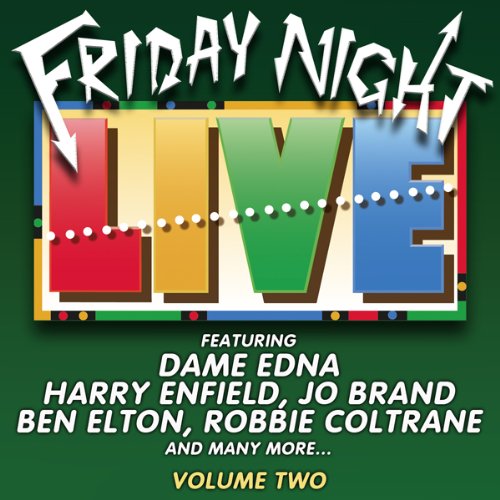 Friday Night Live was a late night programme that pushed comedy on TV to new levels. Most TV comedy at that time was a rather safe affair full of middle aged comics and impersonators. Friday Night Live brought in a new generation of comedians; some from the growing club circuit and some along the path from University.

Volume 2, Another comic who got an enormous boost from Friday Night Live was Harry Enfield. He introduced two great characters--the loveable Greek kebab shop owner Stavros, and the less loveable but equally funny Loadsamoney, the plasterer who boasted about his earnings in the booming late 80’s. Included here also is his Northern cousin Buggerallmoney--ah the north south divide! Other great tracks are to be found by Robbie Coltrane, Jo Brand and the wonderful Dame Edna Everage.

Bound to the context of the time.

I have long forgotten almost all the "topical," political incidents and the historic context used for this comic material.
Too much of the material is not timeless; and is now very difficult to follow.
Of interest to comedy historians perhaps?