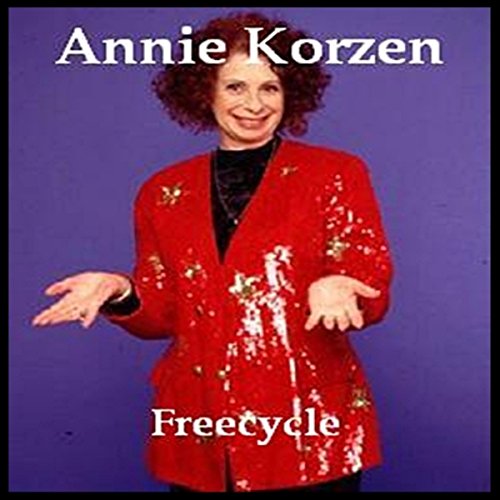 Here's more from the fertile - yet frugal - mind of Annie Korzen, actress, comedienne, and author/narrator of How to Be a Bargain Junkie. Annie, a thrifty woman with expensive tastes, shares even more of her hilarious tales from the trenches - the garage sales, thrift stores, and online auctions.

Based out of Los Angeles, Annie Korzen began her career as an actress-writer in New York's off-Broadway scene. She is best known for her recurring role as Doris Klompus on Seinfeld. Her solo shows, Yenta Unplugged and The Yenta Cometh, have been performed on three continents.

What listeners say about Freecycle