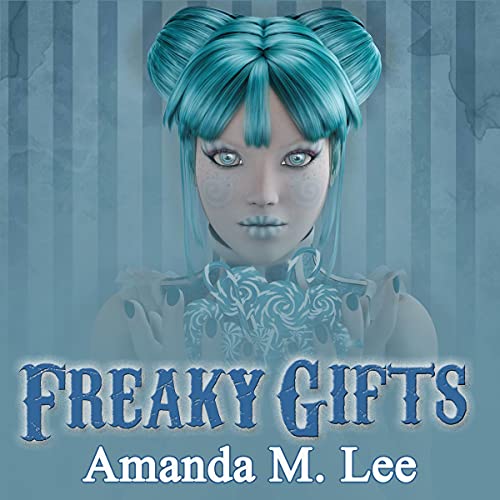 Winter break is upon Mystic Caravan, which is supposed to mean a full month of rest and relaxation. Upon arriving at their destination, however, Poet and company find that murder isn’t far behind.

Their off-season park is full of paranormals - something that normally makes Poet comfortable - but the death of a local girl points to one of their own being the culprit. Even though she’s supposed to be taking it easy, Poet can’t stop herself from digging…and it leads her on a wild ride.

Florida is hot, humid, and bursting at the seams with supernatural friends. Unfortunately for Poet, it’s also home to an ex-boyfriend who can’t quite let go. Since he’s a police officer...and looking at Mystic Caravan’s cadre of weirdos as potential murder suspects...that only makes things all the more difficult.

It’s up to Poet to find the real culprit, even as a shadowy and powerful figure stalks her. Kade’s magic is growing, but he’s still learning, which makes for some hard battles. On top of that, he’s keeping a secret with Luke, which has Poet teetering on the edge of sanity.

It’s supposed to be a break, not a break from reality, but Poet is ready to fight for her future. It’s going to take everybody working together to figure out the truth...and give Poet the one thing she’s always wanted above all else.

What listeners say about Freaky Gifts

Best book yet to an already Amazeballs series. I just love Poet. Wonderful character development and storyline. Super excited for the next book. Thank you Amanda M. Lee, you rock!

I love these books but this one was almost disappointing. Poet was increasingly egotistical, entitled and superior acting. there was nothing magical or very interesting. I was at least hoping a fight somewhere with Phillip. The plot line was subpar and really held very little interest.
I'm sure it's not easy coming up with new ideas but some of the action in prior stories I believe is a requirement
Lastly the engagement was boring.

Must read this series!!!

Loved this book as much as the rest. I cant wait to see where it takes us into the next books.

I am happy to see they are able to entertain themselves while in break. This story is great and leaves lots of bread crumbs for upcoming stories.

Poet is s a great character!

This is a favorite series of mine. This plot was an interesting twist with a ‘normal’ guy looking in from the outside. I liked it a lot. Great narration.

I have reread all of you books, I just finished freaky gifts. it was fun, funny, suspenseful, and made me smile

I loved this story line. I really love the circus family. Most of all I love Amanda’ books. I can’t wait for the next one in any of her series. My favorite is always the one I am reading at the time.

No spoilers. I loved this addition to the series. Lots of exciting things to look forward to in next couple books and possible crossover. I love this series. I really hope there aren't plans to end it anytime soon. I love these characters.