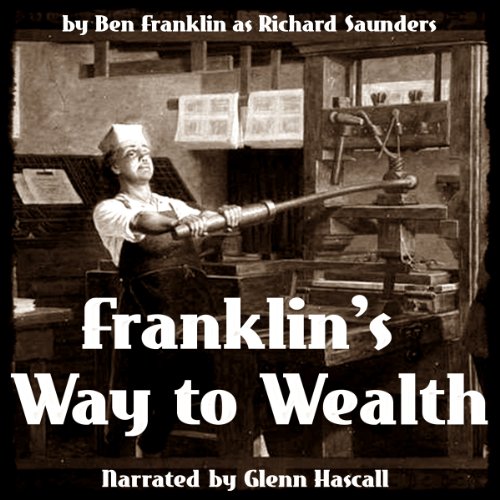 Statesman, inventor, and humorist, Benjamin Franklin had an alter ego, Richard Saunders. It was this alter ego that would write the Poor Richard's Almanack. From the pithy sayings found in the many volumes of the almanack Franklin composed this story as a tongue-in-cheek digest of one old man who captured every bit of wisdom he could from Poor Richard and shared it liberally with an audience just before an auction. Sadly his beautiful 'ode to the almanack fell on deaf ears, but we learn at the very end he had another listener who never spoke a word to the old man, but was highly honored.

What listeners say about Franklin's Way to Wealth

It's only 15 minutes long but really could have been much shorter, the advice is fairly useless and pretty much amounts to work hard and don't buy things that you can't afford.
The reading was quite affected, I personally didn't really like it although I could see some people enjoying it.