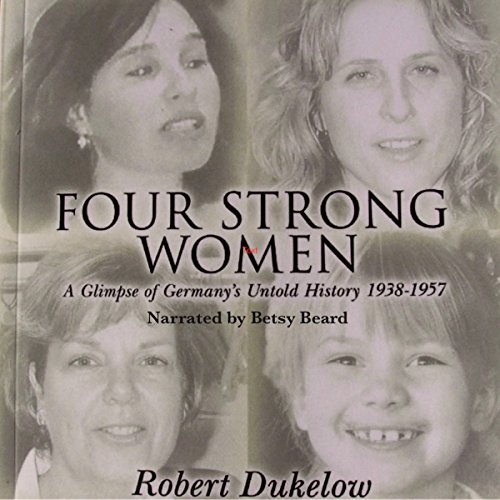 The author lived almost 27 years in Germany working as an Army Counterintelligence Special Agent. He interviewed hundreds of refugees from East Germany and East Prussia. He also interviewed many Germans who survived as Russian prisoners of war. This book is based the memories of those who lived through World War Two and the American Occupation of Germany.

German women bore the brunt of the hardships of World War II. They also contributed significantly to the rebuilding of Germany and handled many of the administrative duties of the US Forces occupying Germany following the war.

This is a historically accurate story of four East Prussian women who resist the Nazis, survive the war, and go from enormous wealth to raising cabbages to stay alive. Each of the women loves Hermann in a different way. Hermann spends 14 years in Russia as a POW. He finally comes home to sort out his relationships with these women.

yes. It starts out a bit slow and not really to my taste, but as the events unfold, its riveting, interesting and enlightening.

She has a way of keeping the tone interesting with voice changes and emotional infuse.

Not really, its too long for that, but I was anxious to get back to it once I really got into it.