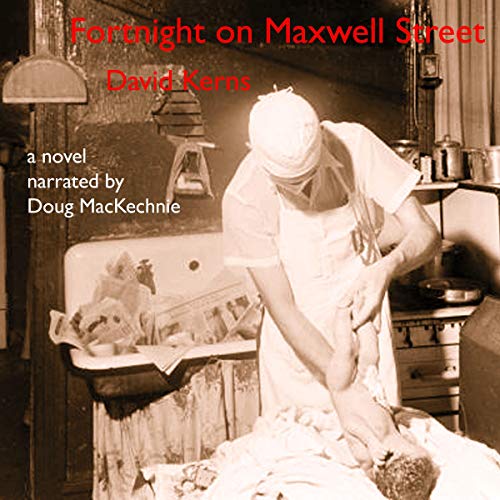 Recipient of the Eric Hoffer Award for the Best General Fiction Book of 2018, and among the top five historical novels of 2018 selected by Kirkus Indie, Fortnight on Maxwell Street is a reluctant hero's journey of fear and courage set in Chicago in the spring of 1968.

Twenty-four-year-old medical student Nick Weissman spends two weeks delivering babies in the kitchens and bedrooms of the inner city's slum tenements. Over his head medically and unprotected in one of America's most dangerous neighborhoods, his character and resourcefulness are tested in the extreme when a national tragedy intervenes.

The young White protagonist steps into his racial fear, testing his fledgling professionalism and his honor to care for a Black family in grave danger. The embodiment of racial hatred, James Earl Ray moves in parallel with Nick, stalking Martin Luther King, Jr., killing him, and igniting the urban chaos that is the setting for the climax of the story.

“A propulsive, harrowing, and moving read, from beginning to end. David Kerns delivers a nuanced portrayal of racism as a spectrum disease. We see how heroes and villains are made, how character is forged in the crucible of a historical moment. Fortnight on Maxwell Street rings absolutely, heart-stoppingly true. A book for our time.” (Jessica Grant, author of Come, Thou Tortoise)

“With craft and compassion, David Kerns has written a gripping story of one young medical student’s journey into America’s racial divide in 1968 Chicago.” (Hillary Homzie, author of Queen of Likes and The Hot List)

What listeners say about Fortnight on Maxwell Street