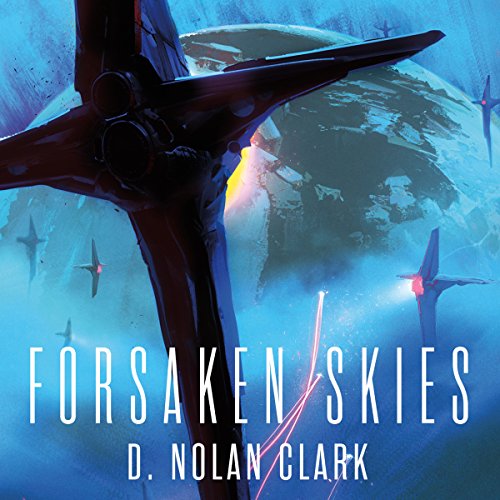 "Gripping writing, a brilliantly realised future culture and sympathetic characters.... An entertaining and compelling read" (SFX)
"Unforgettable characters and jam-packed with action [and] adventure.... One readers will not want to miss" (Booklist)

Commander Lanoe is one of the navy's greatest heroes, but the civil war left him with nothing but painful memories.

When a planetary governor is murdered, it falls to Lanoe to hunt down the killer and bring them to justice. Yet his pursuit will lead him towards the greatest threat mankind has ever faced.

An unknown armada has emerged from the depths of space, targeting an isolated colony planet. As the colonists plead for help, the politicians and bureaucrats look away. But Lanoe has never run from a fight, and he will not abandon thousands of innocents to their fate.

Forsaken Skies is the explosive opening novel in the Silence trilogy, an epic tale of a fight against the odds - and the terror of realising that we're no longer alone in the cold vacuum of space.

What listeners say about Forsaken Skies