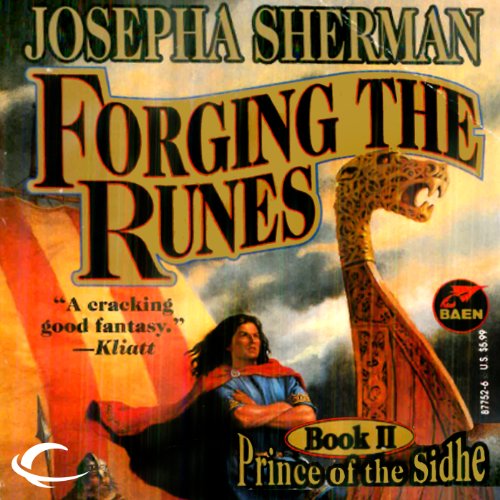 Award-winning author Josepha Sherman returns with the sequel to The Shattered Oath as Elven Prince Ardagh is forced to choose between standing by his sworncomrade or regaining all that he has lost - and to be in truth as well as name - Ardagh Oathbreaker.

Banished from the world of humans after being framed, elven prince Ardagh struggles to find a place for himself and is called upon to defend Ireland against the evil magic of an Anglo-Saxon menace.

What listeners say about Forging the Runes