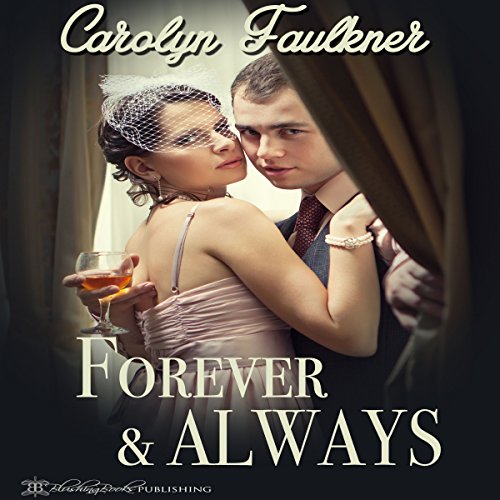 By: Carolyn Faulkner
Narrated by: Sydney Grace King
Try for £0.00

Catherine Rutherford was a success - a self-made woman from the ground up, she'd had to fight hard for everything she had with only herself to rely on. But she had it all - a great job, a house, friends, a fiancée - well, perhaps not so much in the fiancée area. Glen was not quite what she'd hoped for in a man. He was nice enough - smart and funny and damned good in bed - but also indecisive and passive and quite happy to let her take care of him. She'd always yearned for something more - much more, and much less politically correct.

Enter Mrs. Euphemia Jenkins, who ran a kind of curiosity shop that was full of just the kinds of things that had always attracted Cathy almost helplessly - that was, almost anything from the fifties.

And Euphemia was in the habit of giving the people - the ones that she felt deserved it - what they wanted most.

That was how a modern, 21st-century woman found herself on the floor of a bridal salon in the year 1956, in the arms of a man who looked very much like her fiancée, but was tantalizingly different - confident, attentive, loving - and dominant with a capital D.

And as she tries to come to grips with where she was and even tries to create a way to get back, Cathy finds herself falling for a man she believes isn't hers to love.

What listeners say about Forever and Always

I loved the unique story-line that finds Cathy mysteriously swished from 2015 back to the 1950's. Into a life where her fiancee Glen has become the man of her dreams. His judicious use of hand and belt on her back side addresses issues that her parents failed to during her growing up years.
It is a delightful story, extremely well written by the incredible Carolyn Faulkner.
I am very glad I bought it and am sure I will enjoy listening to it over and over.