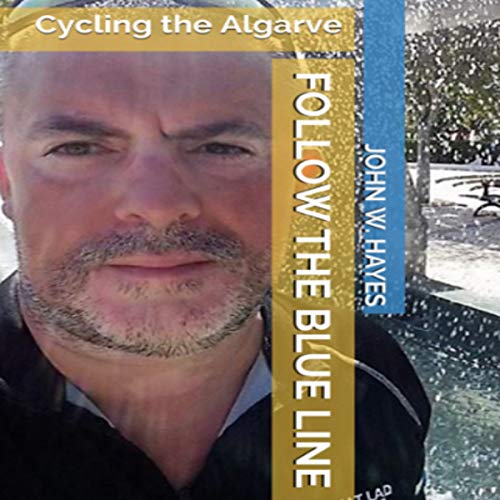 Cycling the Algarve
By: John W. Hayes
Narrated by: Bernard Faricy
Length: 3 hrs and 19 mins
Categories: Sport, Other
2 out of 5 stars 2.0 (1 rating)

The Ecovia do Litoral (the coastal eco-way) is a cycle route that, as the name suggests, follows the coast across the beautiful Algarve region of Southern Portugal. The route stretches some 214 km (133 miles) from the frontier town of Vila Real de Santo António on the Spanish border to the dramatic 75-meter-high clifftops of Cape St. Vincent on Europe’s most southwestern tip. The multi-surface route, encompassing (mainly quiet) roads, dedicated cycle paths, and dirt tracks (of various quality) takes in pretty much everything the Algarve has to offer, from sleepy fishing villages to bustling tourist resorts, cosmopolitan cities (Faro), and some of the best (and most expensive) golf real estate in Europe.

This audiobook follows numerous attempts at the route but focuses mainly on the author's first and, albeit unplanned, disastrous solo expedition in 2012 and two more successful but nonetheless traumatic trips made with equally unprepared friends in 2014 and 2018.

If you’re looking for a cycling audiobook documenting the efforts of finely tuned athletes pushing themselves beyond acceptable barriers of pain to cross huge distances at a ridiculous pace, this probably isn’t the audiobook for you.

This audiobook is for the rest of us whose dreams and abilities are perhaps a little less extreme. However, if you like the idea of getting lost on a bike for a couple of days in the glorious sunshine, lubricating your inner mechanisms with the occasional cheeky beer along the route, and just not taking yourself too seriously (how could anyone take themselves seriously in cycle shorts?) then stick around - I promise you, it’ll be emotional.