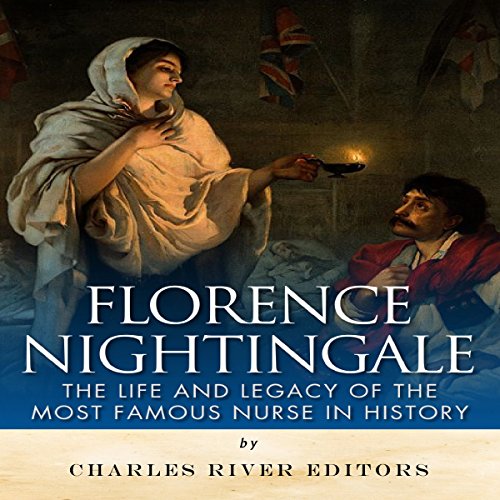 Today, nursing is one of the most ubiquitous professions in the world, and images of war immediately call to mind nursing the wounded, but it was not long ago that such ideas were relatively primitive. Indeed, schoolchildren are still taught about the revolutionary exploits of Florence Nightingale, the war nurse who is often credited as the founder of modern nursing. As The Times wrote of Nightingale, "She is a 'ministering angel' without any exaggeration in these hospitals, and as her slender form glides quietly along each corridor, every poor fellow's face softens with gratitude at the sight of her. When all the medical officers have retired for the night and silence and darkness have settled down upon those miles of prostrate sick, she may be observed alone, with a little lamp in her hand, making her solitary rounds." Florence Nightingale first came to prominence during the Crimean War in the middle of the 19th century when she helped organize efforts to treat wounded soldiers, and the image of her doing rounds among those she treated at night became extremely popular in Europe, but her efforts extended far beyond the scope of battle. In time, she came to found the first secular nursing school, at St Thomas' Hospital in London, and with that she began to transform nursing into an actual profession. Perhaps not surprisingly, in conjunction with nursing, Nightingale was a social reformer who advocated for the advancement of women in all areas of life, from healthcare to poverty, and she bolstered her work with voluminous writings on behalf of her causes.

What listeners say about Florence Nightingale

Very informative and inspiring. Florence achieved so much at such a young age; from the very beginning of her life she aspired to be a nurse and to help people and did everything in her power to do so. She never stopped fighting for patients' and nurses rights, changing the face of nursing and the concept of what it is to be a nurse. She changed government policies, improved and designed hospitals, both here and in wartime, and revolutionised the way we perceive germs and hygiene. Everything we do as modern nurses stems from the framework of this incredible woman. This book, although difficult to follow sometimes as it consists mostly of quotes, letters to and from Florence and newspaper articles, really captures and highlights her greatest and most impressive achievements. Short and perfectly read. I would definitely recommend this to any Nightingale fan or someone eager to learn about this incredible woman.