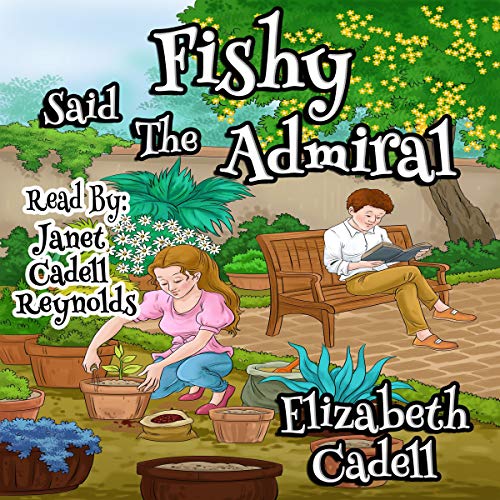 Mrs. Ellison makes a valiant effort to prevent her brother, the Admiral, from visiting her while her children are at home for the Easter holidays. The Admiral, however, overrides all her objections.

Unable to cope single-handed with a testy brother, a convalescent elder son, and two younger children, Henry and Sue, Mrs. Ellison enlists the aid of a homeless refuge Miss Eider and the charming but faintly mysterious girl from Scotland Ellice Brook.

To add to the numbers comes Aunt Adeline, who proves a staunch support to Mrs. Ellison in her attempts to smooth the tangles of her son Charles’ romance with Ellice. The young Henry and Sue do their share toward bringing the affair to a successful conclusion.

What listeners say about Fishy Said the Admiral

So pleased to have more Elizabeth Cadell’s on Audible!

Fishy Said the Admiral by Elizabeth Cadell, written in 1948, is another of her many amusing and cleverly written romance stories. Her daughter, Janet Reynolds, narrates this book beautifully. It’s gorgeous listening to the witty repartee and the delicious descriptions of all the different food stuffs taken on a picnic in the English countryside. Very enjoyable writing, fun characters and a lovely romance can all be found in this delightful book.