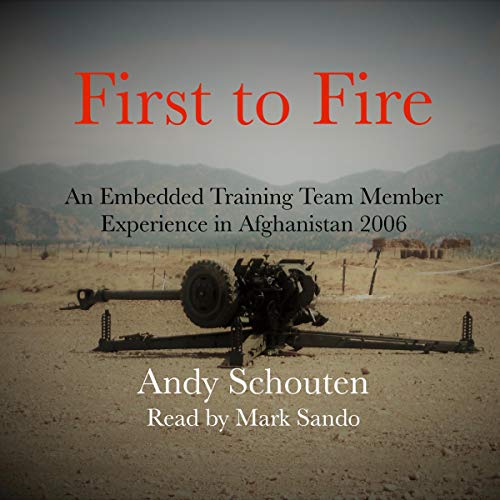 A detailed personal account of a combat advisor, mentoring the developing Afghanistan National Army in 2006 in the mountainous and hostile eastern region.

A genuinely unique deployment with several different assignments on several different bases, with highs of firing howitzers and an air assault on a mountaintop to the lows of extreme boredom and no food service support.

Living with and supporting a foreign military, Andy was critical in enabling the Afghan forces to fire their howitzer indirectly, a historical objective milestone to set the conditions for coalition withdrawal.

What listeners say about First to Fire