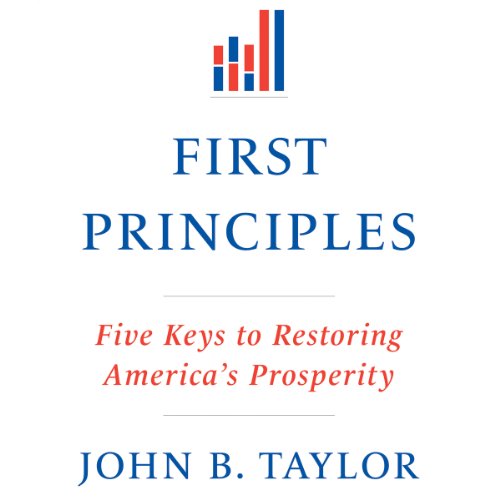 By: John B. Taylor
Narrated by: Ken Maxon

America’s economic future is uncertain. Mired in a long crippling economic slump and hamstrung by bitter partisan debate over the growing debt and the role of government, the nation faces substantial challenges, exacerbated by a dearth of vision and common sense among its leaders. Prominent Stanford economist John B. Taylor brings his steady voice of reason to the discussion with a natural solution: start with the country’s founding principles of economic and political freedom - limited government, rule of law, strong incentives, reliance on markets, a predictable policy framework - and reconstruct its economic foundation from these proven principles. Channeling his high-level experience as both a policymaker and researcher, Taylor then zeroes in on current policy issues - the budget, monetary policy, government regulation, tax reform - and lays out in simple terms bold strategies designed to place the country on sound footing in each of these areas.

What listeners say about First Principles