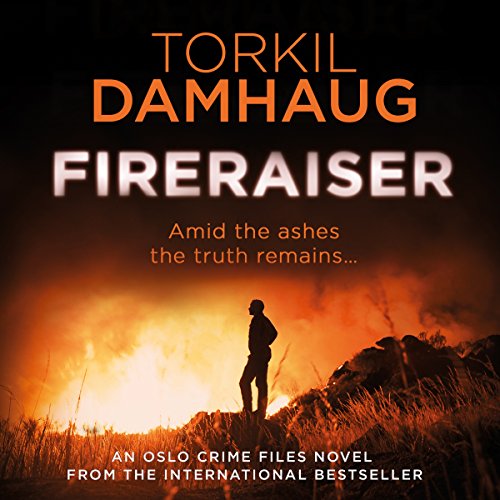 The third psychological mystery in the Oslo Crime Files, a tense and dark quartet of thrillers for fans of Camilla Lackberg and Jo Nesbo.

A man obsessed with the cleansing power of fire is destroying everything that reminds him of his youth. He calls himself the Fire Man.

That same Easter, a teenager is threatened by his girlfriend's tradition-bound family. Karsten's attempts to protect himself put him and his sister, Synne, at even greater risk. Then he disappears altogether.

Eight years later Synne is determined to find out what happened that night. But her investigation will ignite smouldering and dangerous memories. And the Fire Man is still there, waiting and watching her search for the truth at every step....

"Delivered with maximum psychological intensity." (Barry Forshaw, Independent)
"Nothing is as it seems in this sleek and cunning thriller." ( Evening Standard)

What listeners say about Fireraiser