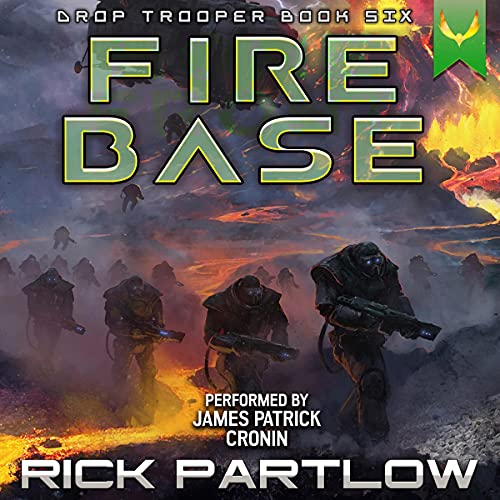 By: Rick Partlow
Narrated by: James Patrick Cronin
Try for £0.00

Cam Alvarez and Vicky Sandoval have pursued the renegade, Tahni Zan-Thint, to his refuge in the outlaw cartels of the Pirate Worlds. On a planet of endless ocean and volcanic fury, Zan-Thint is coming ever closer to learning the secrets of the ancient alien weapons he’s discovered.

And if Cam and Vicky can’t stop him, he’ll unleash the wrath of a long-dead civilization on all humanity.

Don't miss Book Six in the Amazon best-selling Drop Trooper series by Rick Partlow. It's military sci-fi the way it's supposed to be!

What listeners say about Fire Base

I like this book it takes you down a new road for cam. be interesting to see where they go

I love this series. Cam and Vicky are great. It is an interesting premise to extend the series and I like it.