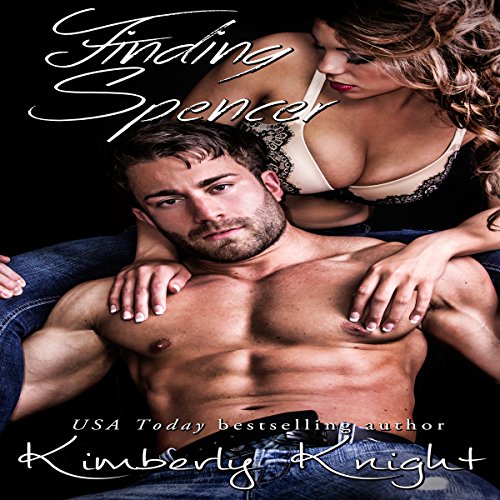 With a crazy ex-girlfriend who won't leave him alone, Brandon Montgomery is determined to move on to the brunette hottie who caught his eye at the gym he owns. Things start out slowly with Brandon and Spencer, since neither one can find the courage to speak to one another until they both happen to be in Vegas for a weekend. It's not true. Things don't always stay in Vegas, and lucky for Brandon, the girl he wants to be with lives in his town. Now if his crazy ex-girlfriend, Christy, would leave him alone, Brandon could move on to where he needs to be. Brandon and Spencer's story is already written. You know Spencer's side of it. Now find out what Brandon was really thinking from the moment Spencer walked into Club 24.

This was excellent series. I enjoyed listening to Brandon and Spencer story. This is Brandon's POV and at times, I wanted to scream to Brandon because his inner dialogue was annoying, especially when it came with his ex. When the main character gets under my skin, I know the author did a good job! The author and narrator were new to me and they won't be my last. That said, I'm a sucker when it comes to romance, this one was exactly what I was looking for. I highly recommend!

I liked this book, but some of Brandon's inner thoughts kinda tick me off. He's still a great guy, but I really hated how he continued to mess with his ex when he really wanted to end the relationship. Sigh. But I can deal and enjoy the book.

I loved to POV from Brandon. He gave so much more and I enjoyed it much more than I did from Spencer's POV in 'Where I Need to Be'. This is a man that had something that needed to be said and you could feel it.