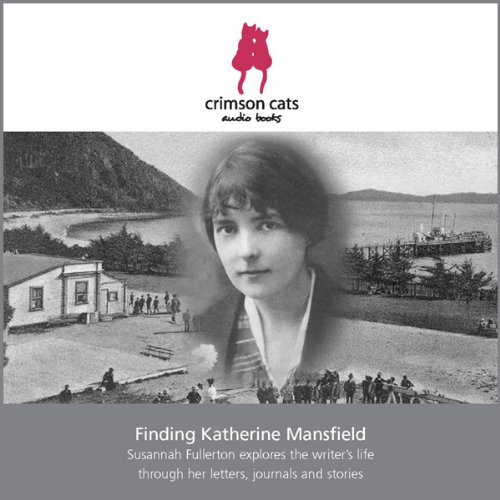 An exploration of the New Zealand writer's life, told through her journals, letters and stories.

Katherine Mansfield is New Zealand’s most famous writer. She was born in Wellington in 1888 and moved to Europe in 1908, where she wrote some of the best short stories in the English language. She died at age 34 of tuberculosis. Her personal life was controversial and traumatic - there were lovers, quarrels, a pregnancy outside of marriage, divorce, and lack of money - but she found in her own problems the inspiration for her great stories about alienation and loneliness. Her last years were spent in a desperate search for health, fighting a tragic battle against time to write the stories she knew she could write before her illness killed her.

This audiobook explores the various stages of Mansfield's life. It was written and is read by Susannah Fullerton, herself a New Zealander and a well-known speaker and performer on the lives and works of great writers. President of the Jane Austen Society of Australia since 1995, she has published two books about Jane Austen and is the author of Brief Encounters: Literary Travellers in Australia.

The extracts from Katherine’s letters and journals are read by the New Zealand actress Kirsty Hamilton, who grew up in Karori, Wellington, and graduated from Toi Whakaari - The New Zealand Drama School - in 1992. The music for solo cello was composed and performed by Andrew Gower. He studied composition with Paul Patterson and Roderick Watkins, specialising in electronic music, and belongs to the Music Department at Canterbury Christ Church University in the UK.

"This enchanting audio book takes us through the life and work of Katherine Mansfield, revealing her as an intriguing, and frustrating, personality. As well as being a biographical account of her life and an exploration of her writing, her stories, diaries and letters, this account is also a social history of those times. Movingly read extracts from those wonderful stories and letters read by Kirsty Hamilton, also a New Zealander, are accompanied by haunting solo 'cello music written and played by Andrew Gower. This meticulously researched account of 'Finding Mansfield' will entrance you." (Libby Limbrick, University of Auckland.)