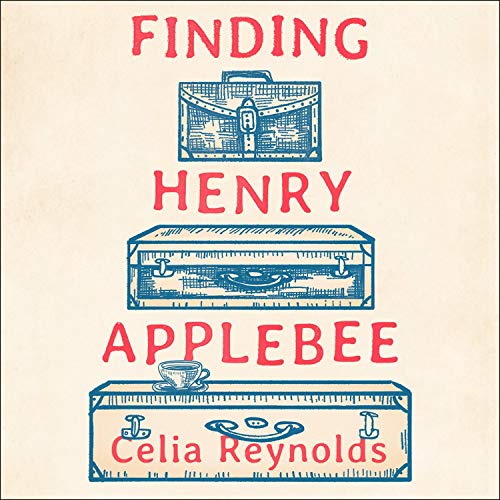 By: Celia Reynolds
Narrated by: Leighton Pugh
Try for £0.00

Waterstones Welsh Book of the Month!

Here Henry was, once again in a bustling train station, ready to resume where he had left off all those years ago....

Finding Henry Applebee is a charming, tender and uplifting story about unlikely friendships, the power of love - and how it’s never too late to change your life.

Perfect for fans of The Single Ladies of the Jacaranda Retirement Village and The Unlikely Pilgrimage of Harold Fry.

Eighty-five-year-old Henry Arthur Applebee has had a pretty good life. But one regret has haunted him for the last 65 years.

And so, on an ordinary December morning, he boards a train from London to Edinburgh. His goal is simple: to find the woman who disappeared from his life decades earlier.

But Henry isn’t the only person on a mission. Also bound for Edinburgh is troubled teen Ariel. And when the two strangers collide, what began as one humble journey will catapult them both into a whole new world....

"An absolute delight. It’s beautiful and elegiac and written with such a good heart." (BAFTA award-winning screenwriter and producer Russell T. Davies OBE)

Such an array of interesting people but editors...

Celia has written a marvellous story of interesting people.
My issue has nothing to do with the book, it's with the broadcasting editors of these audible books. So so many of them start giving the credits the second the last word of the book is read. I find that so annoying. Please give us more time to absorb a book ending and all that can mean for us. The ending of this book is powerful yet it was tarnished by having the credits read too soon.

I nearly gave up on this book early on as it took me a while to get used to the narration, but really glad I didn’t, a charming story, really lovely.

There were some nice observations scattered about this book but coincidence after coincidence made it quite ridiculous. Situations overly explained in what seemed like a desperate, naive attempt to wrap up every detail, should there be any unanswered questions. The narration was unfortunate and I nearly gave up several times. Toe curling American and Northern accents; Frank sounded like a bad Al Pacino impersonation, whilst Francine could have been Roy Barraclough’s ‘Cissie’. Henry could have just walked off the set of Dad’s army and dear me, he droned on to the point where I thought he may run out of breath and expire before completing a long winded monologue.
I was hoping for some feel good escapism but sorry to say, I just ended up feeling irritated.

I was a slow start but began to open up when the destination was in sight. Although the improbability factor was high, the heart, warmth and storytelling kept you with it. Left with a warm feeling.

Loved it. Cared about the characters. Recommend for a heart warming read. Good narration too

I loved this book!!

This is the best book I've read/listened to for ages!! A fantastic story featuring beautiful intergenerational friendships

I loved this book but the narrative wasn't the best; he read to fast for the nature of the story. Definitely worth listening to.

Such a sweet story of love and friendship. Beautifully written and well read, I listened to it in just a couple of days :-).

There is a light, well written and well read book. Zipped through this book but, very enjoyable all about life's misunderstandings and how they can change the pattern of a life. Lovely to read a book about someone at the end of their life and how relationships can still be made with young people - delightful. Perfect holiday reading.

Shed a tear at the end..

What a touching novel and super narration. Gentle, emotive and heart warming AND breaking all at once.