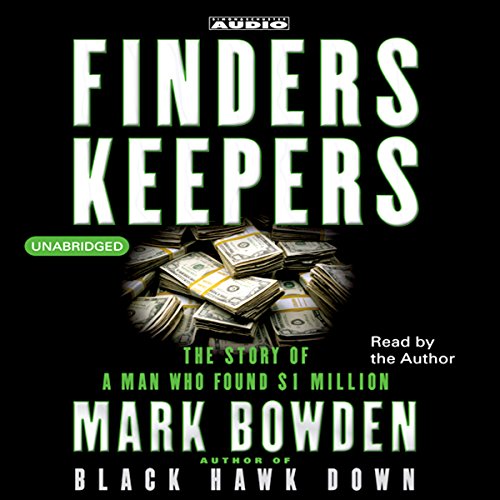 Who hasn't dreamed of finding a million dollars?

Joey Coyle was down and out - the affable, boyish South Philadelphian hadn't found dock work in months, he was living with his ailing mother, and he was fighting a drug habit and what seemed like a lifetime of bouncing into and out of bad luck. One morning, while cruising the streets just blocks from his home, fate took a turn worthy of Hollywood when he spotted a curious yellow tub he thought might make a good toolbox. It contained $1.2 million in unmarked bills - casino money that had just fallen off the back of an armored truck.

Detective Pat Laurenzi, with the help of the FBI, was working around the clock to track it down. Joey Coyle, meanwhile, was off on a bungling, swashbuckling misadventure, sharing his windfall with everyone from his girlfriend to total strangers to the two neighborhood kids who drove him past it. To hide the money, Joey turned to the local mob boss - a shadowy, fearsome man who may or may not have helped launder it. But as adrenaline-filled nights began taking their toll, Joey Coyle's dream-come-true evolved into a nightmare: Whom could he trust?

By one of our most evocative and versatile chroniclers of American life, Finders Keepers is not only a gripping true-life thriller; it is the remarkable tale of an ordinary man faced with an extraordinary dilemma, and the fascinating reactions - from complicity to concern to betrayal - of the friends, family, and neighbors to whom he turns.

"Bowden's quick and intense story is like a joyride in print." ( Library Journal)

What listeners say about Finders Keepers

This was good, as were all of Bowden's books I've read so far. Nice to hear the man himself narrate rather than an actor - he does a good job & tells the story well. The story itself is interesting and bizarre. It's more of a tragady than a comedy. I found Joey's utterly cluelessness frustrating at times, but that added to the story rather than detracted from it. Worth a listen.

I found this book tedious and repetitive, as well as frustrating. It was painful to listen as the protagonist's meth-addled brain charted an increasingly loony and doomed course.

The detail I refer to above is addiction. It seems that meth was the real main character.

From one of the best chroniclers of modern life and crime, I would expect a lot more. This book fizzled in the middle compared to his other works. Compared to Black Hawk Down and Killing Pablo, it's just good. But if you haven't read Bowden and want a short account, this is a really good read.

Great until the last chapter...

The last chapter got a little too much into the trail and dragged on more than needed. Otherwise, great listen!