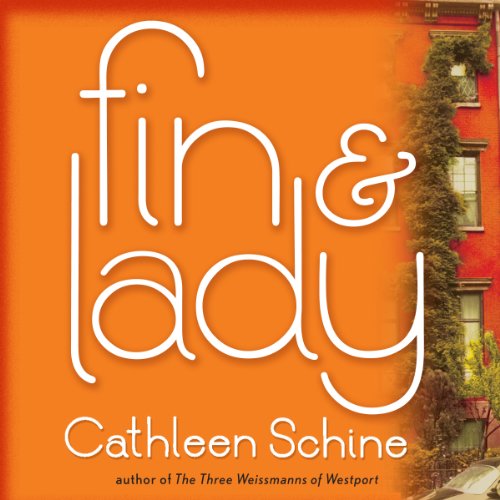 Editors Select, July 2013 - Fin has loved his half-sister Lady since he was five - first laying eyes on her in Italy after she ran away to Europe leaving her fiancé at the altar. Now 11, the recently orphaned boy comes into the care of the effervescent 25-year-old, herself in the midst of learning to be her own family. Cathleen Schine effortlessly captures the voice of worried, naïve Fin, and expertly sculpts Lady through his eyes. At once brave and wistful, Lady is the culmination of ideals the people around her have set, throwing herself against the bars of a gilded cage - one she keeps coming back to, for while outwardly courageous she is fearful of true escape. Fin is her protector; from herself, from her suitors, from the city. A gloriously spirited story of brotherly love, Fin & Lady is sure to tug the heartstrings and cause nostalgia for a revolutionary time. Anne Twomey’s fluid voice is wonderfully suited to Fin’s growing inner monologue and Lady’s blithe spirit, as well as the wide range of characters populating their lives. Emily, Audible Editor

1964: Eleven-year-old Fin and his glamorous, worldly, older half sister, Lady, have just been orphaned, and Lady, whom Fin hasn’t seen in six years, is now his legal guardian and his only hope. That means Fin is uprooted from a small dairy farm in rural Connecticut to Greenwich Village, smack in the middle of the swinging ’60s. He soon learns that Lady - giddy, careless, urgent, and obsessed with being free - is as much his responsibility as he is hers.

So begins Fin & Lady, the lively, spirited new novel by Cathleen Schine, the author of the best-selling The Three Weissmanns of Westport.

Fin and Lady lead their lives against the background of the ’60s, the civil rights movement, and the Vietnam War - Lady pursued by ardent, dogged suitors, Fin determined to protect his impulsive sister from them and from herself.

From a writer The New York Times has praised as "sparkling, crisp, clever, deft, hilarious, and deeply affecting", Fin & Lady is a comic, romantic love story: the story of a brother and sister who must form their own unconventional family in increasingly unconventional times.

What listeners say about Fin & Lady

Back in the Sixties

A wonderful read about a boy, Fin, growing up in the sixties in Greenwich Village, with his sister Lady his guardian. Anne Twomey's narration was exceptional. I am the same age as Fin and enjoyed my trip back to a different time.