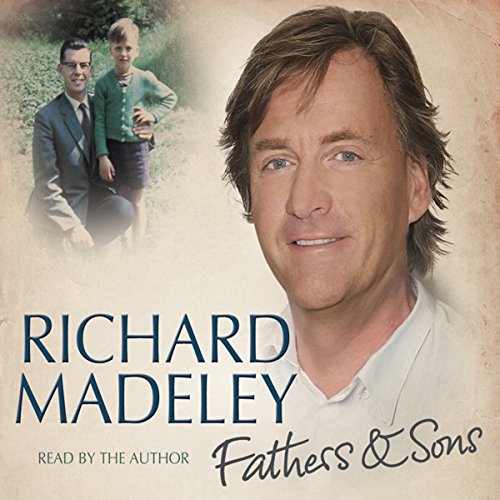 Richard Madeley is fascinated by the speed of change in family life and how being a father has changed since the time of his father and grandfather. In Fathers & Sons, Richard looks back at his own family to illustrate just how far British men's relationships with their sons have moved.

Richard's grandfather had a childhood of almost unimaginable betrayal and sadness. His family abandoned him as a child to older relatives and emigrated without telling him. He grew up in a miserable situation and without any positive parenting role models yet managed to marry and have a son of his own. Richard's father was aware of his own father's discomfort and occasional frustration and anger, and grew to understand that this was due to his upbringing. He remembers no affection, or endearments from his dad and was packed off to a desolate boarding school in an echo of his own father's betrayal. In a bucking of the family trend, Richard's mother, a Canadian, introduced more loving and demonstrative relationships which Richard has continued with his own son and step-sons.

Both a family story and a wide-ranging look at Britain's evolving social character, Fathers & Sons is a uniquely honest and touching exploration of how our familiesboperate.

What did you like most about Fathers and Sons?

The story was fascinating although very sad

What was one of the most memorable moments of Fathers and Sons?

Richard's grand-dad meeting his brothers on a train after enlisting.

It nearly made me cry on many occasions.

I am not a Richard Madeley fan but this book is excellent.

A lot of audio books put me to sleep; this one kept me awake. I currently have a difficult relationship with my own parents and this book resonates with me. I am considering writing my own book, in an effort to understand my own emotional heritage. I will be listening again. "To understand, you must forgive;" perhaps good advice. Excellent narration. I am viewing Richard Madeley with respect as a result of listening to this book.