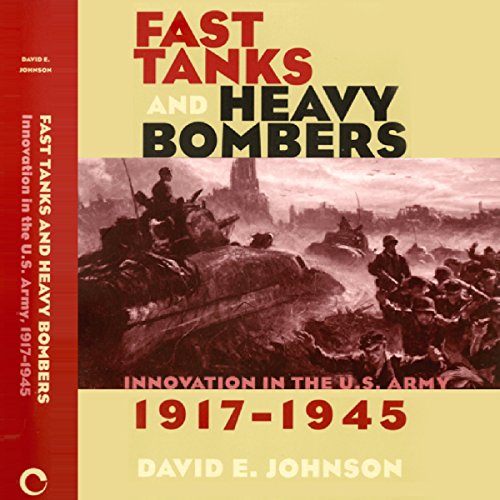 By: David E. Johnson
Narrated by: Stephen McLaughlin
Try for £0.00

The US Army entered World War II unprepared. In addition, lacking Germany's blitzkrieg approach of coordinated armor and air power, the army was organized to fight two wars: one on the ground and one in the air. Previous commentators have blamed Congressional funding and public apathy for the army's unprepared state. David E. Johnson believes instead that the principal causes were internal: army culture and bureaucracy, and their combined impact on the development of weapons and doctrine.

Johnson examines the US Army's innovations for both armor and aviation between the world wars, arguing that the tank became a captive of the conservative infantry and cavalry branches, while the airplane's development was channeled by air power insurgents bent on creating an independent air force. He maintains that as a consequence, the tank's potential was hindered by the traditional arms, while air power advocates focused mainly on proving the decisiveness of strategic bombing, neglecting the mission of tactical support for ground troops. Minimal interaction between ground and air officers resulted in insufficient cooperation between armored forces and air forces.

Fast Tanks and Heavy Bombers makes a major contribution to a new understanding of both the creation of the modern US Army and the Army's performance in World War II. The book also provides important insights for future military innovation.

What listeners say about Fast Tanks and Heavy Bombers