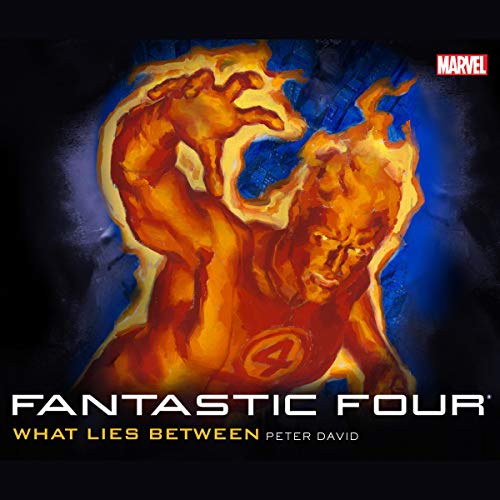 Fantastic Four: What Lies Between

By: Peter David,Marvel
Narrated by: Natalie Duke
Try for £0.00

Reed Richards is brought in on a consult to oversee a privately funded dimension-spanning device...a device that will give wealthy patrons the opportunity to experience interdimensional travel. Never mind that the consortium wants to launch a sweeping endeavor that would be branded as Fantastic Forays, with the world's greatest superhero team receiving a cut of the profits; their brilliant lead scientist, Rachel Hunt, has now discovered a way to safely traverse interspace - the main conduits situated between dimensions - that allows one access to a multitude of realities. And it is this very discovery of these gateways that puts the Fantastic Four on the front lines of a new kind of war, as dark forces gather and conspire to bring about the utter annihilation of all humanity.

What listeners say about Fantastic Four: What Lies Between

Review Fantastic Four What lies between

This was a very good Fantastic Four story that always kept me interested. My favorite parts were the development of The Human Torch and The Thing. The narration by Natalie Duke was very strong and I lost myself in her narration. I loved the way she voiced each character and the fact that it was a woman reading men’s dialogue was easy to dismiss and enjoy the story! I was a little disappointed by Dormamu being the villain and not having a cameo with Doctor Strange.