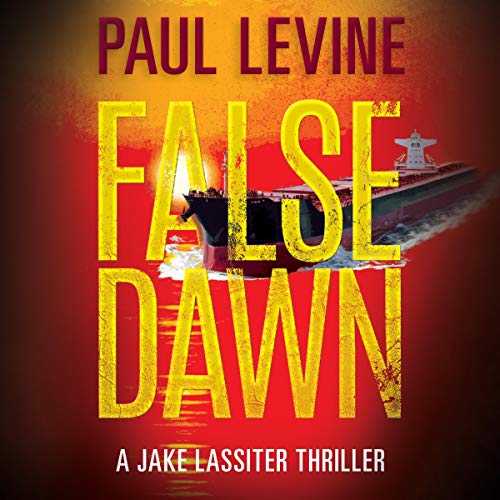 By: Paul Levine
Narrated by: Luke Daniels
Try for £0.00

The client admits he killed a man....

His lawyer doesn't believe him....

The truth is buried beneath a conspiracy of theft and murder.

Linebacker-turned-lawyer Jake Lassiter heads to Havana and untangles a deadly plot involving the CIA, Fidel Castro, and the Russian government.

What listeners say about False Dawn

A response to the completely absurd plot review...

Don't be put off by the review that states over and over - completely absurd plot. Having read/listened to 1000s of mysteries and thrillers over the years, and literally everything in the Florida genre, False Dawn is no more implausible than the others. It's a well written, light mystery novel that holds to the Florida book's element of wit. What mystery is realistic and not to an extent absurd? Is Serge A. Storms and Coleman a believable duo? And what about Carl Hiaasen's character Skink? Alex Delaware as a child shrink who the Police allow to grossly interfere in cases? Isn't that a bit absurd? Dave Robicheaux whose family is put in mortal peril each and every year? Either he'd have quit the job or his family would have packed up and left. And in the thriller department, Jack Reacher, the Grey Man or Quinn? The simple premise of Lawyer as crime fighting action detective is unlike any attorney I know in real life. These books are works of fiction. False Dawn stretches the limit of absurdity and plausibility no more than any other book, and if you like the character of Jake Lassiter it's as good a read as any.

So I notice the review which says "completely absurd plot" about five hundred times. Very funny. Not. I have enjoyed the other Lassiter books. They are obviously not great literature, but there are often enough chuckles in them that i read them mainly for that. Humor is so rare in this bewildered world of ours. However, in this novel Paul overwrites so severely that I began rolling my eyes very early, and never stopped. I could pick an incident or two, but there are too many. All right, if you insist, just one. In a scene in a warehouse which stores some of the millions, if not billions of stolen Russian artifacts, Lassiter seemingly attempts to list every single one of the kinds and types of jewelry, baubles, Faberge eggs, paintings, sculptures, rings, brooches, watches, and doodads of no end. He literally goes on for pages and what seems like more pages of the specific genres, like rather than French painters, he gives us all of the names that his lengthy research dug up. This, like the book, goes on way too long. Likewise with the violent destructions of life inflicted by one character or another: again just one example, if you must. When Foley, the CIA guy, murders the Russian thief by shoving small pearls and other invaluable small treasures that have been stolen from the Hermitage to line the pockets of grand thieves. The items that get shoved into Kharchenko's oral cavity go on and on and on...I mean, really, how many of these do we need to hear about before we get the bleeping point? And the murder of Evalisa, the Finnish spy/thief, in a sauna: sounds clever but is so intricately overdone that it's almost boring. Her entrails come rolling out of her abdomen? Come on, Paul.
And the plot truly is utterly absurd. Even a great narrator like Luke Daniels, who does his usual wonderful job, cannot rescue the preposterous goings on herein. Whatever happened to "brevity is the soul of wit?" It got misplaced, I think. The party outfits, the opera attendees, the details of Yamagoochi"s (or whoever's) mansion, with its gargoyles and infinite arches and flowers of all types, and servants of every kind, blah blah blah. Tooooo MUUUCH! This may be the last time I read about Jake Lassiter. Don't bother using your valuable credit on this. Even the other preposterous Florida writers (although James Lee Burke is not a Florida writer) are usually worth listening to. Try one of those guys. Or girls.

I enjoyed every twist

Especially those going back to the fifties. Well written and narrated. If you like legal thrillers, football, isms, art or CIA stories, you will love this one.

love me some Jake!

only one thing really bugged me about this one, just how the narrator pronounced Vladimir. if that’s the only thing tho ... ? right. otherwise im just wondering, where the heck is myyy Jake Lassiter?! i’ll take Him over Edward or Jacob Any day!

I'm very pleased that Paul Levine is making his Jake Lassiter legal thriller series available in audio format (and at a very favorable price). . False Dawn is novel 3 in the series. It is not among the best of the series; I had a difficult time deciding between 3 stars and 4 stars. It has some very funny lines and situations, but I will remember it most for its grittiness. False Dawn is a worthwhile listen. As one listens to it one must remember that it was originally released in 1993, so the content is dated. Luke Daniels' narration is superb.

Seven of the 12 novels in the series are now available in audio. Five of the 7 were released during the last month. I hope the others will be released soon.

After 10 chapters of dialogue between Client and Jake there was nothing happening except one bar fight that seemed to take a whole chapter. I have listened to a few other Lassiter books and they were good. Levine should remove his name from this book to keep his reputation.

Jake is at it again... trying to do the right thing while among the sharks and vultures. His Naïveté is admirable, but not helpful. Lots of adventures await him in this high action story. Luke Daniels does great with the narration!

A book in the Jake Lasater series, was a little hard to get through in the beginning, but after halfway through, I finally caught on to the plot. After this point I was finally able to enjoy the book. Nice twist in the end.

I’ve read three other books by this author and enjoyed them. However, this one had far too many quips and not enough plot or character development

A real down to earth kinda guy. unapologetic in who he is, Jake Lassiter sure knows how to get himself in trouble.

The story will keep you guessing until the very end!