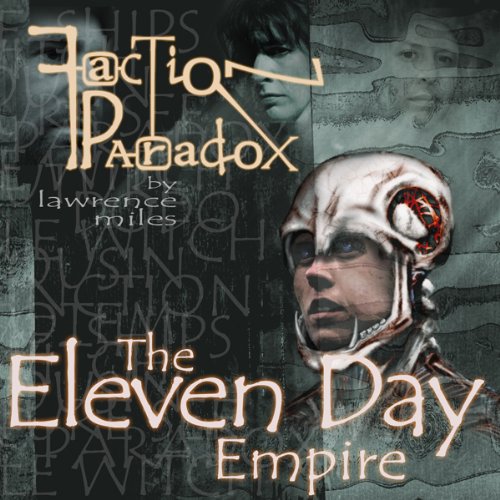 By: Lawrence Miles
Narrated by: Suzanne Proctor
Try for £0.00

Even before the outbreak of the 'War in Heaven', Faction Paradox was regarded as the most unpredictable (and opportunistic) of the time-active powers. Aware of the precarious nature of history - but under no obligation to protect it - while the other Great Houses were still attempting to uphold a “universal order”, the Faction was following its own, far more ambiguous, protocols. Ruthless, secretive and at times difficult to understand, it’s hardly surprising that the Faction should have eventually found itself under siege from its rival powers....

"The Faction Paradox audios offer something new to listeners in that you don`t need any prior knowledge of events from books featuring them; the audios are completely standalone. This works very much in their favour as the end result we are presented with is something that BBV certainly haven`t produced before - as witnessed by the effort put into the music and performances by the cast in general too. The basic plot follows that of Cousin Justine and her learning to control her Faction bloodline, aided by her mentor Grandfather Morlox (superbly voiced by Ellis Pike). The only downside is that the plot just gets going when it ends on a cliffhanger, leading into The Shadow Play. Dark and atmospheric, The Eleven Day Empire is recommended." (Stuart Gutteridge)