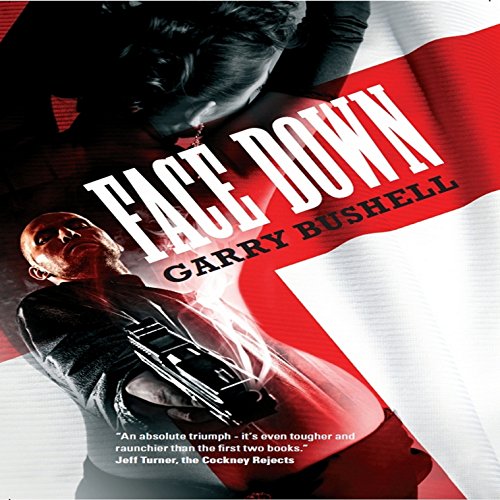 By: Garry Bushell
Narrated by: Jon Caruth
Try for £0.00

Harry Tyler is living an unhappy life as a "dead man" following a failed MI5 conspiracy to kill him in Ireland. A right wing journalist in a popular paper is saying all the things his readers want to hear, laying blame for the country's ills at the doors of immigration, the welfare state, scroungers, and spongers. But when the people he targets in his column wind up dead, a serial killer seems to be taking the law into his own hands.

Harry Tyler is surviving on his wits in the North West of England until fate conspires to reunite him with villain and nemesis John Baker, known as Johnny Too, when Too is released from jail early as bait for the serial killer. The job could bring Harry back in from the cold, or leave him totally exposed and set up as the fall guy if things go wrong. The final installment of The Face trilogy is hard, sexy, and it rattles along like an HS2 freight train.

What listeners say about Face Down