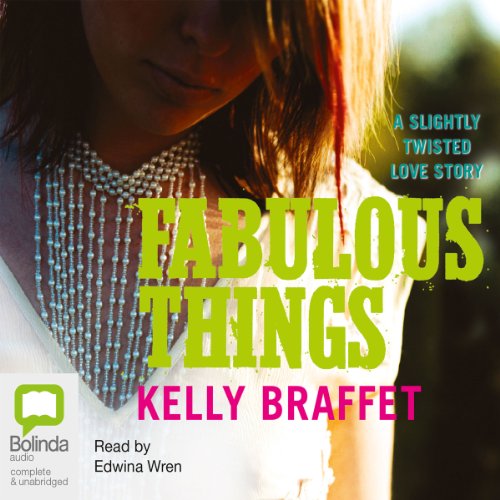 By: Kelly Braffet
Narrated by: Edwina Wren
Try for £0.00

Kelly Braffet begins her novel Fabulous Things (published in the U.S. as Josie and Jack) with a quote from Hansel and Gretel. What follows is a contemporary fable with traces of Gone Girl and the character studies of Bret Easton Ellis.

Performed by Edwina Wren in gently modulating, almost accusatory tones, Fabulous Things follows Josie and Jack, an unsupervised teenage brother and sister who are wild, beautiful, and unprepared for the world they must enter. Raging with hangovers and coursing libidos, Josie and Jack must fight their way through the metaphoric oven that life has heated for them.

From its earliest pages to its shocking climax, this contemporary Hansel and Gretel story is mesmerizing and hugely entertaining.

Braffet's talent for dialogue is brought to the fore in this audio edition.

Beautiful and brilliant, Josie and Jack Raeburn are closer than they should be, and run riot in their father's isolated house. But as his behavior becomes more unpredictable, they are forced to leave, and face a world for which they are utterly unprepared. Jack's love for Josie has always been her safety net. However, as his world grows wilder and more dangerous, she finds herself struggling: should she escape his control, or help him? It is only when they are united again, in the company of Jack's astoundingly rich girlfriend Lily that she understands what she must do.

What listeners say about Fabulous Things

i think this book is mostly for teenagers.

the plot dragged on a bit but the ending was good. Well read. characters not truly believable