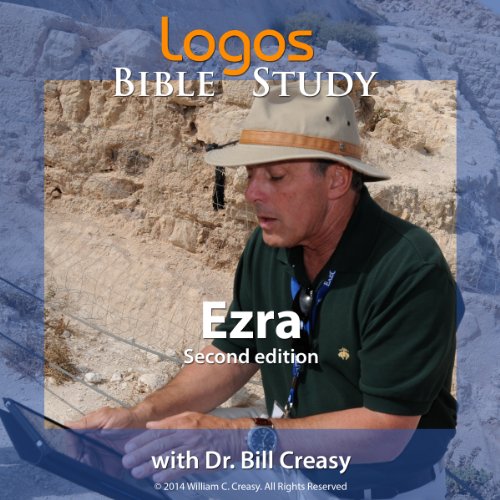 The book of Ezra tells the story of God restoring the Israelites from exile, affirming that He uses his powers to judge but also to restore. Professor and biblical scholar Dr. Bill Creasy pairs with Logos Bible Study for this series of live lectures. Besides being articulate and informed, Dr. Creasy is an exceptional performer. He gets the audience laughing, even while they are contemplating life's most important questions. His dramatic pacing makes his every word compelling. Studying the bible with Dr. Creasy is a breeze.

The prophet Jeremiah warned that Israel would spend 70 years in captivity for its willful and persistent disobedience. At the end of 70 years, however, God raises up Cyrus the Great, king of Persia, who allows not only the Jews, but all of the people taken captive by Assyria and Babylon, to return home and rebuild their cities, temples and infrastructures.

In Ezra we witness the exiles’ return to rebuild the temple. Destroyed by the Babylonians in 586 B.C., the temple is rebuilt and dedicated in 516 B.C. But it is nothing like the fabulous temple Solomon built. In fact, when those who had seen Solomon’s temple see the second temple, they weep at its inadequacy!

Dr. Creasy does a great job reading Ezra and tying in other books of the Bible to help make sense of what's happening.

The author does not bring much to Ezra that would not be caught in a simple reading.