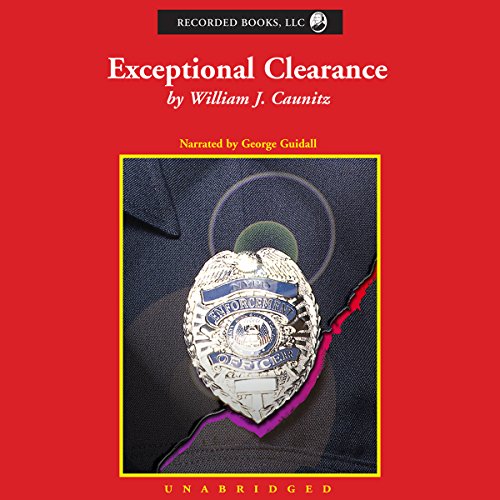 By: William Caunitz
Narrated by: George Guidall
Try for £0.00

From William J. Caunitz, the New York Times best-selling author of Chains of Command and Pigtown, comes a gripping tale of lawbreakers and law benders in the Big Apple. A madman is loose in New York, leaving a trail of slain women in his wake. With each new victim, the appetite of the media grows, until a full-fledged feeding frenzy is underway. Even more treacherous, a tragedy from the killer’s past has him bent on revenge against the entire city police force. Enter Detective John Vinda--one cop who doesn’t mind bending the rules a little bit to bring the vicious murderer to justice. With more than 20 years of experience as a detective for the NYPD, Caunitz brings an unmatched level of realism to his hardboiled books. Narrator George Guidall enhances the gritty tale with a thrilling reading that transports you to the mean streets of the city that never sleeps.

What listeners say about Exceptional Clearance