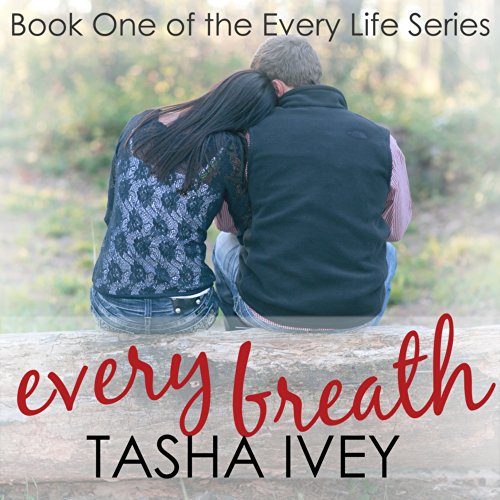 How does someone give their heart away when they don't have all of the pieces? Not that Makenna really wants a second chance at love anyway. She is stuck in her tragic past, secretly living every day for her deceased fiancé, while her new boyfriend, Drew, is gently nudging her into the present. Desperate to appear normal again, she slaps on a happy face and goes through the motions of a normal, healthy relationship - but with the exception of even a single kiss. And she's okay with pretending, but Drew needs more than she's willing to give. Surprisingly, it's an innocent letter from a soldier halfway around the world that has her seeing life differently. Sawyer is at his breaking point, and his depression sucks him in deeper every day. Makenna becomes his only lifeline to home, and he's hanging on by a very weak thread. By helping him, Makenna learns to let go of grief before she's left with only a ghost of the woman she once was, finally freeing her from guilt and showing her that it is possible to love again. But when she discovers that both of the men in her life are hiding something, she makes two shocking revelations. One of them is insanely in love with her, and one of them destroyed her happy ever after. Even though a fairytale ending does await her, is she willing to face her own demons to fight for it?

What listeners say about Every Breath

Every Breath is a beautiful story!


***Received this audiobook for exchange for my honest review***
*** Note this review is for Books, Coffee, and Wine Audio Book Blog***

Every Breath is a beautifully written emotional story of love and loss.

Makenna is broken, a shell of the woman she once was. The loss of her fiancé, the love of her life, has destroyed her, and pieces of her heart are lost. Desperately trying to appear normal Makenna begins a relationship with Drew. Pretending to be happy, she lives day by day, going through the motions and never truly opening up, much to the dismay of the patent Drew.

A letter, one piece of paper, is the beginning of hope for Makenna. Sawyer, a soldier overseas begins corresponding with the broken elementary school teacher, and a deep friendship forms between the two. Sawyer helps Makenna to open up and helps to bring her back to life, and saves himself in the process.

Every Breath is a story with one broken woman and two men who might be hiding secrets. Makenna’s journey is full of emotion and the story unfolds in the most unexpected ways.

I felt connected to Makenna. Her character is so gullible and sweet, she wants to make everyone around her happy and will do so at the expense of herself. So watching Makenna grieve her fiancé is nothing short of heartbreaking. Her love for him was so deep and so real, I could feel her pain. It was difficult to see someone with such a pure heart suffer so much. I understood her want to appear normal, to be normal, but I had a hard time with her and Drew’s relationship. Seeing her pretend to be someone she clearly was not was difficult to accept. On another note, her deep friendship with Sawyer, made me smile, I enjoyed their friendship and seeing them help one other to escape the darkness, in each of their lives. I don’t want to give too much away, so I will conclude by saying I recommend Every Breath, Tasha Ivey did an amazing job of creating a beautiful story, with deeply emotional characters, and a storyline to keep you wanting more.

Every Breath is narrated by Gail Shalan. Gail has a beautifully smooth, and soothing voice, she really connected to Makenna’s character, and her pretense of happiness was evident in Gail’s tone. She was believable as a broken woman, and as Makenna began to heal her voice became happier and more natural. All and all a great audio book.

Gail Shalan's voice is soothing, yet animated. She brings great definition to each character (male and female) The multiple characters go through many emotions and personality development, which are subtly yet powerfully evoked by the narrator. The tone used for the main character made me sense Mac's underlying strength - which emerges as the book progresses. This was a very enjoyable recording.