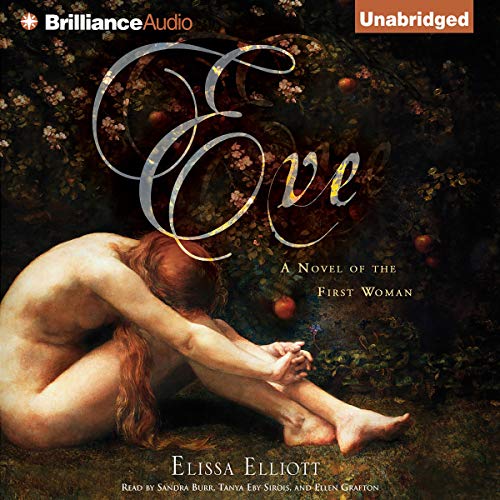 In their world they are alone...a family haunted by banishment, struggling for survival in a harsh new land. A woman who has borne and buried children, Eve sees danger shadowing those she loves, while her husband drifts further and further from the man he was in the Garden, blinded by his need to rebuild a life outside of Eden. One daughter, alluring, self-absorbed Naava, turns away from their beliefs. Another, crippled, ever-faithful Aya, harbors a fateful secret, while brothers Cain and Abel become adversaries, and Dara, the youngest, is chosen for a fate of her own.

In one hot, violent summer, by the shores of the muddy Euphrates, strangers arrive on their land. New gods challenge their own. And for Eve, a time of reckoning is at hand. The woman who once tasted the forbidden fruit of paradise sees her family unraveling - as brother turns on brother, culminating in a confrontation that will have far-reaching consequences for them all.

From a woman's first awakening to a mother's innermost hopes and fears, from moments of exquisite tenderness to a climax of shocking violence, Eve takes us on a breathtaking journey of the imagination.

What listeners say about Eve

If you are looking for a novel about Eve that honors the Bible, this is not the book for you. well, maybe to be fair, in some ways it does and some ways it does not. It draws heavily from "higher critical" thinking on the validity of the Torah's authorship and clearly thinks nothing of making God (Elohim) out to be (possibly) one of many gods, not all-knowing, not all-powerful, not in control of Creation. While He tells them He created them, when they are banished (amidst a frighteningly childish display of tantrum by God) they find other people. They don't know where they came from. Did God not know they were there? Clearly they are older than Adam and Eve with a well-established culture and religion already known deities such as Inanna. Did God lie about Adam and Eve being created by God first? As Adam and Eve witnessed predation and death, experienced injury even while in the garden, what point is the Curse? How is it a punishment, when it is portrayed as a normal and created part of God's Earth? The book is inconsistent, self-contradictory, and belittles the authority and trustworthiness of the Bible, whether intentionally or inadvertently. The plot is intriguing and the characters well-written, and it is better than some Eve stories I have read, but overall I am left aching for a story of Eve that resonates better with my heart, and this is not it.