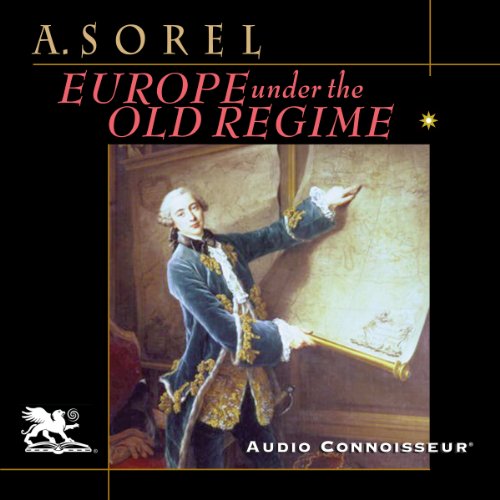 Europe Under the Old Regime

Europe Under the Old Regime

Behind the glittering facade of 18th century European civilization lurked some of the most brutal and cynical power brokers ever to practice the art of diplomacy, and ironically it was their blueprint for conquest that the French Revolution was to utilize so well. Europe Under the Old Regime is actually the preface to Sorel's tremendous and magnificently elaborate work, Europe and the French Revolution.

In this brief introduction to his mighty history, Sorel gives us a sweeping and incisive understanding of the workings of court diplomacy as practiced from the time of Louis XIV up to the Revolution itself. It is an ugly picture of beautifully dressed women and gentlemen behaving in the most barbarous fashion, while doing so with grace and in a mannered style that was so brilliant and compelling that we can only wonder how they could carry out their perfidy and remain outwardly so cavalier. And yet, in the midst of sordid intrigue and heinous butchery, they did just that.

Never in European history has such elaborate courtesy and refined behavior so thoroughly masked a vile intent. No one could be trusted. Thrones and kingdoms were partitioned and absorbed willy-nilly and their rulers sent packing...if they were lucky. Wars were frequent and horrible. Revenge, secret agreements, assassination: all in a day's work for an 18th century enlightened despot. When it came to "reasons of state", no kingdom was secure and no treaty sacrosanct. Diplomatic and military success were the only things that counted, and they were pursued with deadly zeal.

This miniature masterpiece pierces the veil of 18th century manners and refinement to reveal the shocking truth of a "polite" aristocracy on the verge of self-immolation. Even after a hundred years, Europe Under the Old Regime remains one of the greatest historical essays ever written.

What listeners say about Europe Under the Old Regime

Fascinating review of the past

I enjoyed this short book. It's interesting to hear history from a viewpoint closer to the time described (written in 1890s). I'll listen again as much went over my head. It makes me want to learn more. The reading sounds dated but that helps fix it to the views of an older era.

Unique prospective on the advancing developement of Europe, and the thoughts of the old guard.

A product of the times.

There is a clear disdain for the old regime that made this book as intetesting for its author's impression as the information he conveyed. I wouldn't recommend it for a casual listening nor for someone new to the subject. As usual Carleton Griffin lends an air of gravitas to the narration that fit perfectly with the translators word choices.

A book about everything and nothing

While the author is highly knowledgeable in European history , the book is written very poorly. There is no time or geographic progression so it is very hard to fallow. So each chapter will take you to Russia Poland France England, treaty of Westphalia, Napoleon, and Cromwell and everything else. No point to it.
Half way through, I cant tell my wife what have I learned...