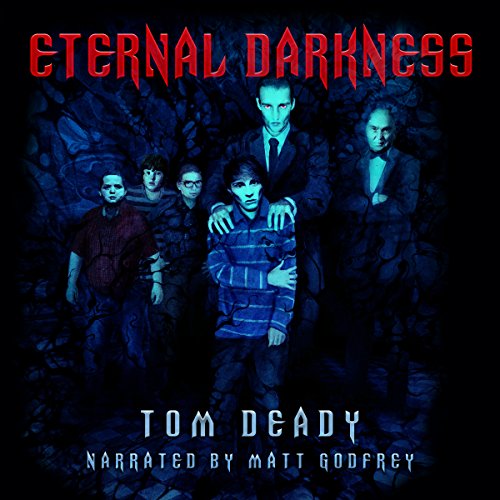 SOMEONE HAS MOVED INTO THE OLD BREWSTER PLACE

Ben Harris and his best friends Richie and Jack knew the stories about Old Man Brewster, what happened to his wife...and the flies. They had no idea why anybody would want to live there, but then they met Greg Lupescu, the new kid who had moved in. He looked strange, his father was never around, and he had this creepy butler named Karl. Soon, however, he became their close friend.

SOMETHING IS KILLING PEOPLE

First, a young boy goes missing. Soon after, the boy’s abusive deadbeat father is slaughtered. And his grieving mother burns to death in an unnatural fire. People are dying all over Bristol, Massachusetts and the boys are beginning to realize that it all started when the Lupescus moved to town.

SOMETIMES YOU CAN’T FIGHT YOUR DESTINY

Ben and little sister Eve can sense that a dark storm looms on the horizon threatening to engulf Bristol, and at its center stands his new friend. Can they all help Greg resist the sinister forces against him, or in the end will he choose to succumb and embrace an Eternal Darkness?

What listeners say about Eternal Darkness

loved it and my heart goes out to Ben and Evey. I need part 2 stat!

Decent book but could have been great

I was given this free review copy audio book at my request and have voluntarily
left this review.

So, this was a mixed bag for me. On one hand, I liked the Monster Squad vibe. On the other hand, the writing wasn't the best. It made some dialog feel repetitive. Honestly, a little editing would have fixed this and made it flow much better... Anyway, I would have liked more character development with the some of the characters, but you learn enough to understand what's going on and care about the main group of kids. All in all, the narration was great and I did enjoy the experience. It just wasn't a book I'll put on my favorites list.

I thought this was going to be a coming-of-age/kids conquer evil kind of book, like Summer of Night. This was not exactly that. For one thing, the boys at the center of the story are a little too old for what the author is trying to do. They're all fourteen, but they come off more like twelve-year-olds. This book didn't really seem to know exactly what it wanted to be in general. It took a bunch of different vampire tropes and threw them together in a confusing mishmash. We had scientific vampire, romantic vampire, angsty vampire, pureblood vampire, and vampire who's just an evil killing machine all rolled together.

That actually could have been interesting, except that the author never fully committed to any of them. So instead of being something compelling and new, it was more of a compilation of every vampire stereotype the author could think of. And speaking of stereotypes, most of the characters lacked any real depth, but none more so than the women in this book.

Pretty much every woman in this book is only there so she can get beaten up, sexually assaulted, or brutally murdered, if not all three. And if they're not getting murdered, they're getting conveniently saved by some man who shows up right on time. Usually with a good measure of hysterical crying and fainting. Honestly, either this author has never met a woman, or he doesn't think very highly of them.

In addition to the multiple rape/sexual assault scenes, there is an abundance of fight scenes. Deady seems to really enjoy describing fights. It actually became laughable--at one point, a character is remembering a fight in detail while on his way to a fight. So women get beat up and faint, and men get into fights and save the day. Seriously, though, if you are disturbed by detailed descriptions of sexual assault and domestic violence, go ahead and skip this one.

The narrator, Matt Godfrey, is actually quite good. He does his best with the material. My only complaints were that his accents are a little intermittent, and the voice he does for Greg's father does not seem to match that character very well at all. But he does a great job coming up with distinctive voices for each character, and it can be difficult narrating kids, and he does a good job with that as well.

My advice is to find a better book narrated by Matt Godfrey and give this one a hard pass.

BORING AS SHIT!!!!! Such a dumb story nothing at all as advertised. I should have returned but I thought 🤔 it's bound to get better......NEVER did and OMG!!!!! Spoiler......THE ENDING WAS HORRIBLE. I thought you have GOT to be kidding me 😨 after all that!!!!! a waste of 11 plus hours I will never get back 😣 BAD, BAD BAD!!!!! Saving grace the narration was ok.

pretty good book overall.
ending seemed a bit rushed, but the journey there made it worth it overall.

this was an enjoyable read.

I wasn't expecting a ton of twists and turns, and there weren't many, but the storyline was well-thought-out and the characters were endearing. I wish it would have been a little bit longer, and I only say that about books I like.

Purchased book because of the narrator

Book up my tension because of the narrator. I have listened to him in several other stories enjoy the way books. The story turn out to be actually pretty interesting I enjoyed the plot. I enjoyed the characters it did kind of remind me of that movie back in the 80's, Stand by me.