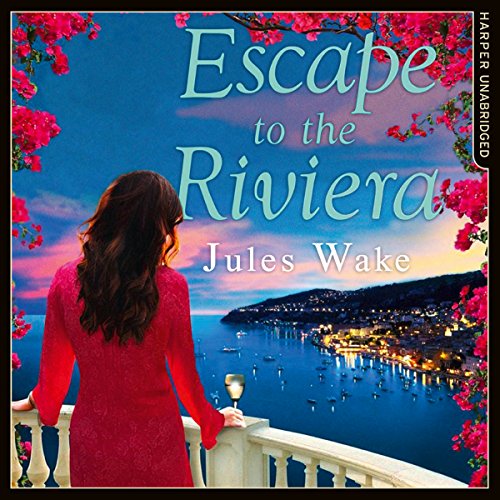 Escape to the Riviera

By: Jules Wake
Narrated by: Emily Lucienne
Try for £0.00

Lose yourself in the south of France this summer in this fabulously feel-good beach listen!

Carrie Hayes has a job she enjoys and a perfectly nice boyfriend. She's sorted. Isn't she? But Carrie's life wasn't always like this.

As a young, wild drama student, she married fellow actor Richard Maddox after a whirlwind romance. Life back then was full of possibilities, but when Hollywood beckoned Richard, Carrie was left behind.

Richard's now an A-list superstar, and his life couldn't be more different to Carrie's, so when their paths cross in glamorous St Tropez, she can't help but wonder what might have been. But with lovely, sensible Alan in tow, Carrie knows she needs to do the right thing.

The only problem is, Carrie and Richard never quite got round to getting a divorce....

Lose yourself this summer on the French Riviera. The perfect listen for fans of Lucy Diamond and Jane Costello.

Advance reviews for From Italy with Love: "I completely and utterly enjoyed this book." ( Rachel's Random Reads)
"A unique and vibrant read about learning to be the 'driver' of your own future." ( Honeybear Books)
"I finished the book wondering if it was feasible to take my Mini Cooper S on a road trip through Europe! Jules brings the scenery and villages to life with wonderful descriptions.... I really hope this book is the first in a series!" ( Annie's Book Corner)
"Such a fun ride with as many twists and turns both in the story and on the road.... Laughs all the way." ( The Book Trail)

Praise for Jules' fabulous debut, Talk to Me, published by Choc Lit: "A heart-warming debut." (The Bookseller)
"Jules Wake's Talk to Me is the next wave in chick lit - it is a brilliant novel that is funny, clever and romantic. Not since Sophie Kinsella and Helen Fielding has there been such a coup d'etat for the genre. If you can only take one book with you on holiday this year - then this is that book." (Elder Park Book Reviews)
"Jules Wake has gifted us with an incredible debut for this story has love, intrigue and danger." (Love of a Good Book)

What listeners say about Escape to the Riviera

A lovely story although slow to start, I couldn’t put it down .But unfortunately the voice of the teenager really got on my nerves and what a fabulous romantic ending .

Story line was good but ruined by the very bad narrating. The worse I have ever heard, I wantd to know how the story ended and could not wait for it to finish so that I could delete it from my library.

I am only into chapter 11 but not sure I can put up with the winging niece in this story she is 18 going on 10 and a control freak does exactly what she wants like a spoilt brat. Her mother and aunt just let her control them to the point it is ruining the story. Not sure I can finish this one.